We must own our Internet – Prof. Quaynor 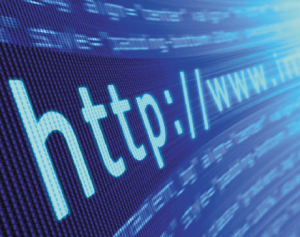 Professor Nii Quaynor, a computer scientist and engineer, who has pioneered Internet development in Africa, is calling for the advancement of internet applications or programmes so that Ghana, would not continue to depend on other countries for them.

We must own our internet, he said. “Do not acquire or procure, but develop them because they continue to expire and Ghana would have to depend on the producers for renewals, which does not augur well for its development,” he further added.

He urged IT experts not to entertain self-sufficiency, but work together to exchange ideas on how to improve the internet sector in the country by finding solutions to issues identified.

He advised participants not to waste time in coming up with policies, on improving the internet space, else governments would fail.

The programme titled, ‘Digital Communities: Roles and Responsibilities of Stakeholders for Sustainable Development’, was under the auspices of the Ministry of Communications and sponsored by the National Communications Authority (NCA), NITA, Media Foundation for West Africa, E-Crime Bureau, MTN, National Cyber Security Centre and others.

Professor Quaynor disagreed on the debate of a shutdown in internet service, in certain eventualities. He added that, apart from the rights of the citizens being curtailed, the country risked losing millions of dollars economically.

Ms. Felicia Anthonio of the Media Foundation for West Africa (MFWA) said there would be no justification for government to shutdown Internet, though it had the responsibility to protect its citizens from both internal and external cybercrimes.

Mrs. Juliet Amoah, Executive Director, Penplusbyte called on the media and civil society organisations to grab the laws on the rights of citizens’ internet usage, to hold government accountable.

Mr. Ken Adu-Amanfoh, Executive Director, Africa Cybersecurity and Digital Rights Organisation, said as telecommunication organisations had service agreements with their subscribers, they should ensure they provided service to their subscribers without allowing government to shutdown the Internet, else they can be sued.

Health Minister calls for industrial peace in the health sector

GBC has not been sold – Management