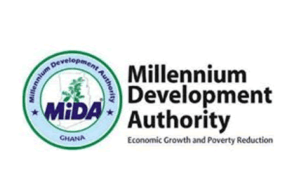 Ghana has been selected as a potential beneficiary of a Regional Compact Programme by the Millennium Challenge Corporation (MCC) following the successful implementation of the Ghana Power Compact.

Ghana has received more than one billion dollars from the MCC over the last decade, which enabled the nation to distribute excess electricity to unserved communities and neighbouring countries, strengthened and improved existing transmission infrastructure.

A statement issued by the Communication and Outreach Unit of the Millennium Development Authority (MiDA) in Accra on Tuesday, said a five-member delegation, led by the US Ambassador to Ghana, Stephanie Sullivan, paid a courtesy call on Vice President Mahamudu Bawumia at the Jubilee House, to announce Ghana’s potential participation in a Regional Compact Programme and sought government’s assurance of support.

Vice President Bawumia, in a brief remarks, expressed appreciation to the US government and the MCC for their consistency in supporting Ghana’s energy sector and overall development agenda.

He assured of Government’s commitment to ensure the success of MCC’s investments in energy, and particularly, being selected for the Regional Compact that would include new Ghana-Burkina Faso transmission lines.