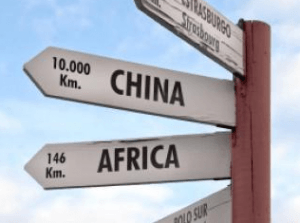 A total of 53 African countries have confirmed to attend the first China-Africa Economic and Trade Expo scheduled for June 27-29 in central China’s Hunan Province, a local official said Tuesday.

International organizations including the United Nations Industrial Development Organization, the World Food Programme and the World Trade Organization will also send representatives to the expo, Hunan’s deputy governor He Baoxiang said at a press conference.

The expo, which will be held in Changsha, the capital city of Hunan, will be attended by more than 1,500 foreign guests, over 5,000 domestic guests, as well as more than 3,500 exhibitors, buyers and professional visitors, he said.

He added that there have been a collection of cooperation projects so far, involving cooperation with 39 African countries.

“A raft of investment and trade projects will be signed during the expo.”

Launched under the framework of the Forum on China-Africa Cooperation, the expo will establish a new mechanism for economic and trade cooperation between China and African countries.

In 2018, China-Africa trade reached $204.2 billion up 20 per cent year on year, and China has been Africa’s largest trading partner for 10 straight years.