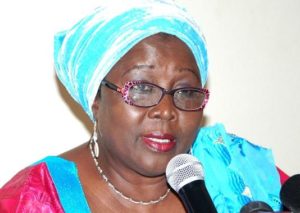 The Ministry of Local Government and Rural Development (MLGRD) has developed a digital platform to simplify the issuance of Business Operating Permits (BOPs) in all the 29 Districts of the Greater Accra Region.

Hajia Alima Mahama, Minister of MLGRD, who announced this on Wednesday, said the Ministry would soon extend the initiative to other districts across the country.

Speaking at the meet-the-press series in Accra, the Minister said the automation and digitization of the BOPs is aimed at improving Ghana’s ranking in the ease of doing business, which is currently ranked at 114th out of 190 countries.

She said at the AMA, the software had “gone live” with full access to users, which included Developers, Architects, Surveyors, and Planners, among others.

Hajia Alima said at the TMA, Local Area Network and wireless network was being installed and configured and would be completed in the second quarter of 2019.

She said the software would be deployed in other Assemblies, including Tema West, Ayawaso West, Ablekuma West, Krowor and Adentan Municipal Assemblies.