Mr Patrick Kwame Akpe Akorli, Group Chief Executive Officer of GOIL Company Limited on Thursday announced that the Company as part of its strategic plans intends to expand its presence in West Africa.

“GOIL as part of a broader strategic plan to become a major player in the petroleum industry will construct a bitumen plant, three LPG Gas-Recirculation Plants in Tema, Kumasi, and Tamale.

“We are also entering into the mining sector and aviation sectors, we want to transfer our dominance in the road sector-transport, to cover air-aviation, sea-port and other sectors whilst entering into other West African countries to provide them with better African indigenous service,” he said.

Mr Akorli was speaking at the Facts Behind the Figures Programme organised by the Ghana Stock Exchange (GSE) in Accra. The “Facts Behind The Figures” programme is a platform provided by GSE to meet brokers, the media, institutional investors and other key players in the money market.

Breaking the facts behind GOIL’s advancement over the years and focusing on the 2018 physical year, Mr Akorli also known as Torgbe Adza-Nye IV, Dutorfia of Ziavi in the Volta Region, said GOIL made a consolidated profit after tax of GH¢81.9 million up by 26 per cent for the year ending December 31 2018.

The company, which recently changed its name from Ghana Oil Company Limited to GOIL Company Limited’s profit after tax hits 20 per cent per year on average in the year under review, 2018.

Mr Akorli who is also the GOIL Managing Director said the company had been the stabilizing factor against arbitrary changes in the price of fuel in the country, which could have resulted from unstable world market price of fuel and foreign exchange fluctuations during the year 2018.

He said the company invested in technology and won the custom of several organisations as a result of improvement in the operations of both electronic card and coupon payment system.

The company won the CIMG Petroleum Company of the Year for the third consecutive year, ranked number two in the GIPC Club 100 award, the third largest company in Ghana as well as the second-best listed company on the Ghana Stock Exchange.

Touching on corporate social responsibility, Mr Akorli said the company had constructed a multi-purpose mechanized bore-holes for Asemnyinaakrom, and Achiase in the Bia East District.

He added that the company had supported the Graft Foundation to provide free reconstructive plastic surgery to the needy to enable them regain confidence and accepted back into society.

Mr Alex Josiah Adzew, GOIL Chief Operating Officer, said the company was preparing to venture into the upstream sector to diversify and expand its activities.

He said the company had integrated its e-payment platform with that of the national payment system.

Mr Adzew explained that besides being able to use bank card on point of sale terminals deployed by banks at the service stations, the holder of a bank card can directly interact with GOIL’s e-payment without hustle.

GOIL recently held its 50th Annual General Meeting in Accra at which shareholders overwhelmingly endorsed its strategic plan and lauded its expansion plans. 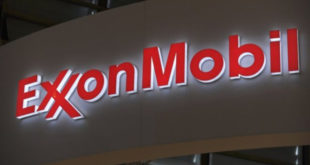