Freedom of worship is not complete in Ghana – Kofi Abotsi 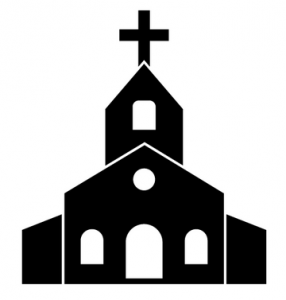 Mr Ernest Kofi Abotsi, the immediate past Dean of GIMPA Law School has stated that although Ghanaians had the freedom of worship in the 1992 constitution, some challenges are yet to be surmounted.

He said, even though by the 1992 constitution, Ghanaians had the freedom to believe in any religion and start-up their churches and mosques in all parts of the country, some of the religions and leaders are still infringing upon the liberties of other religions and even on the rights of individuals.

Mr Abotsi, who was speaking on “The rule of law and the Freedom of worship in Ghana,” at the Martyrs of Uganda Catholic Church as part of the 44th Anniversary of the Catholic Men’s Fellowship in the church attributed the infringement to the inability of the people to test the laws in various courts.

“Testing the laws on the infringement of others, in Ghana is equated to an attack on God, and so as Ghanaians, who believe in the ‘Fama Nyame(Give it to God) mantra would naturally allow things to go although hurting them.”

He gave examples of Traditional Authorities placing a ban on drumming and noise-making at certain times of the year as imposing their religion on other religions.

He also gave examples of where, some men of God touched private parts, caning out the devil and asking their congregants to carry out other unorthodox activities all in the name exorcism in their churches.

He said for the sake of peaceful co-existence and good neighbourliness, Ghanaians had over the years ignored some sensitive activities that infringed upon their liberties.

Mr Abotsi said although there is freedom of worship, it is also restrictive for Churches to be established at residential areas and closer to educational institutions, a situation that is common in the country.

“We now see churches established at residential areas and closer to schools and any attempt made to relocate them see the actors as anti-God so we resort to the usual Ghanaian mantra of ‘Fama Nyame.”

The astute Lawyer said current scary prophecies that some men of God were churning out especially with threats of death on private and public officials is a serious infringement on their rights and freedoms.

“You have the right to worship, but should not give you the right to traumatize others. It is wrong for somebody to use his or her pulpit to prophesize somebody’s death, but we often do not test the laws, so they are left off the hook to carry out their provocative and scary threats in society.”

Mr Abotsi also denounced the use of the name of God to extort and abuse the rights of individuals especially in some churches that congregants are compelled to pay certain amounts of money without complaining.

Apart from the three-day lectures for members of the fellowship and other church members, the Catholic Men’s Fellowship will also donate to village of hope on Saturday.