Germany hits Bosch with fine of €90m in diesel scandal 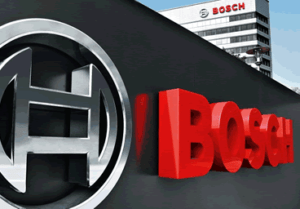 Automotive supplier Bosch must pay a fine of €90 million ($100 million) for its part in the cheat software used to suppress diesel emissions, prosecutors in the German city of Stuttgart announced on Thursday.

The fine is considerably lower than those imposed on the Volkswagen Group’s VW, Audi and Porsche, who had to stump up a total of more than €2 billion.

The Bosch fine is made up of a penalty for the offence of €2 million and €88 million in profits seized. The carmakers had to pay much larger sums in returned profits.

Bosch provided the controls that VW used to manipulate the emissions of oxides of nitrogen, disguising the true figure when its vehicles were being tested.

The prosecutors said they were working on the assumption that staff at the carmakers were responsible for the design work. Nevertheless, investigations into Bosch staff will continue.