May 11, 2019 General News Comments Off on Ghana urged to deepen collaboration with Israel 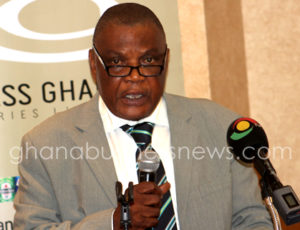 Gyiele, the Minister of State in-charge of Agriculture, has called for the deepening of collaboration between Ghana and the State of Israel for their mutual benefits.

He called for increased Israeli investments in the Government’s various flagship programmes such as the One-Village One-Dam, Planting for Food and Jobs, and the One-District One-Factory for the mutual benefits of the two nations.

Dr Gyiele said this in Accra at the climax of the weeklong classical musical project as part of activities marking the 71st Anniversary of the State of Israel and Six Decades of Diplomatic Relations with Ghana.

The event, dubbed: “Strings of Harmony: Celebrating Six Decades of Israel-Ghana Relations,” was organised by the Embassy of the State of Israel, in collaboration with the National Symphony Orchestra and the Pan African Youth Orchestra.

Participating in the week long activities was Maestro Nir Band, an Israeli International Conductor and Musician; the National Symphony Orchestra; the Pan African Youth Orchestra and the Seasonal Opera House.

He said Ghana and Israel had enjoyed a longstanding special relationship spanning a period of over six decades.

Ghana was the first African country to establish formal diplomatic relations with the State of Israel at the Ambassadorial level as far back as 1958.

“Indeed, the bonds of friendship between the two countries have grown steadily over the years and have been further strengthened by our shared commitment at both the bilateral and multilateral levels,” he said.

Dr Gyiele said through those commitments, the two countries had increasingly engaged in mutually-beneficial cooperation in the interest of their people.

He said within this context, Ghana had received various forms of assistance in the areas of infrastructure, agriculture, education and health.

Furthermore, many qualified Ghanaians have benefitted from Israeli scholarships to expand their knowledge and skills in irrigation, renewable energy, post-harvest techniques and cultivation of arid lands.

The Minister acknowledged the immense support the Israeli International Cooperation Agency (MASHAV) in the socio-economic development of Ghana through its project and training programmes.

“Six decades of diplomatic relations is an achievement worth celebrating. We have a lot, and more to be explored, particularly in the area of trade and investment, security, health, agriculture and education,” he stated.

Madam Shani Cooper-Zubaida, the Ambassador of the State of Israel to Ghana, said: “Sixty years ago, when Israel was celebrating 10 years of independence, Mrs Gloda Meir, then Foreign Minister, arrived in Ghana to celebrate its first year of independence.”

“This visit changed her view on Africa and shaped a major part of Israeli policy towards the continent, by establishing MASHAV.”

She said since that visit, Israel had trained more than 2,000 Ghanaians in areas such as agriculture, education, health, women empowerment, water and energy.

Madam Cooper-Zubaida said the importance of the opening of the Israeli Trade Mission in Ghana, on the 60th year of the relations, could not be understated as it had already recorded success stories.

She paid tribute to the late Major-General Francis Vib-Sanziri, the Head of Mission and Force Commander of the United Nations Disengagement Observer Force (UNDOF), the peacekeeping force on the border between Israel and Syria.

“He was a proud Ghanaian, an excellent officer and a role model for all Ghanaian soldiers,” she said.

She said Major-General Vib-Sanziri worked in tight cooperation with the Israeli Defence Force and left a mark that would not be forgotten.