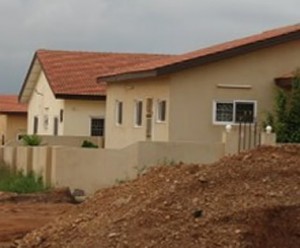 The personnel would be engaged in data collection with the use of technological gadgets to identify and tag properties as well as map out lands.

They have been scheduled to undergo software training besides other modules to assist technocrats on the ground from the Ministry of Development and Special Initiative (MDSI) at the local level.

Mr Mubarak Bowan, the Director of Business Research and Skills Development at NABCO, said this during a national consultative meeting held in Wa to brief stakeholders on the DPAS implementation process and other ongoing government flagship programmes in the assemblies.

“The NABCO trainees who did not receive postings were kept purposely for this special programme and they would be assisting our technocrats at the various MMDAs,” he said.

Mr Chapman Owusu-Sekyere, an official from the Land Use and Spatial Planning Authority, said out of the 12,750 NABCO trainees despatched, 10,000 were fresh from the pool of unplaced personnel.

He said each of the 254 assemblies in the country would receive a minimum of 50 NABCO personnel comprising of 25 groups with two personnel each in a group to cover about 630 houses.

Even though the personnel would be paid by government, he said, the MMDAs should support them with logistics as well as giving out accurate information.

Mr Amidu Issahaku Chinnia, the Deputy Upper West Regional Minister, said the Regional Coordinating Council has written to all the 11 Municipal and District Assemblies to set up committees for implementation of the DPAS programme.

He described the programme as one of the topmost priorities of President Nana Akufo-Addo and urged the MDCEs to ensure its effective implementation.

“I would urge all MDCEs to ensure effective implementation of the programme because if you succeed, the credit goes to you and likewise if you fail, the blame goes to you,” he said.

The National Digital Property Addressing System was introduced in 2017 by the President to generate a unique code for places, houses, streets and properties within a geographical location to facilitate easy identification.

The system when fully operational is projected to help in revenue generation, identification of locations for emergency service delivery as well as facilitate smooth business transactions.

The National Identification Authority (NIA) has registered 8,733,440 eligible Ghanaians for the Ghana Card as …