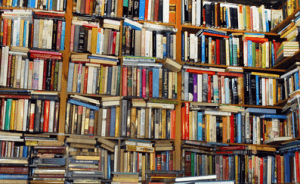 Mr Hayford Siaw, the Acting Chief Executive Officer of the Ghana Library Authority (GLA), will soon be digitizing all libraries the country to boost patronage.

This, he said would see an increase in the number of e-libraries and the hosting of digital libraries to enhance accessibility and easy usage.

Mr Siaw speaking to the Ghana News Agency in Accra said: “We have 450 electronic readers that have been deployed in nine of our libraries across the country and if you look at the number of people that are using those materials, it’s been increasing month on month”.

He said in order to increase this number, a digital library would be launched by the end of March, 2019 to enable the reading public access books from the library online, even in their offices or in the comfort of their homes.

“The digital library is where you will access electronic books online in our portal. We have a team of software engineers we have hired to develop our mobile application.

“The mobile application will allow one to register and pay dues online without having physical contact with a library,” he explained, adding that, one would also be able to borrow these books.

“It is currently being developed and hopefully, by end of March, that one will also be going live” he added.

He stated that the Authority had also deployed mobile library equipped with books and computers to the rural communities for students to borrow books and also use the computers.

“The mobile library can go to these rural areas and make educational reading materials available to these folks,” he added.

According to him, patronage of libraries across the country had increased in recent years in spite of soft books.

He said, on physical visits alone in 2017, about 42,814 people accessed various library facilities across the country, increasing to 725,751 in 2018, thus, representing 70 per cent and hoped this number would increase  in 2019 when these strategies are fully implemented.

He further stated that the authority was going to add 15 new libraries to the current 61 under GLA management and also replenish some of the old libraries with books.

Mr Siaw said, quality education cannot be achieved without the involvement of the library, saying, “It is the reason why the government of Ghana is critical about supporting libraries to be able to make sure that students have the relevant resources at their disposal”.