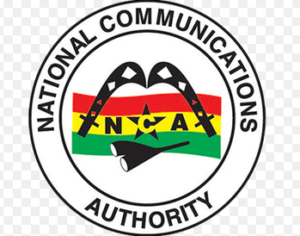 Togbe Gbogbi Atsa V, Paramount Chief of Adaklu has appealed to the National Communication Authority to give approval to radio stations to operate in the Adaklu District to enhance local governance in the traditional area.

He said the Adaklu District was perhaps the only district without a radio station and pleaded with the Authority to allow two local radio stations whose applications for test transmissions had been pending to operate and give voice to the people.

Togbe Gbogbi Atsa made the appeal in an address made on his behalf at the commissioning of a six-unit classroom block for Adaklu-Hehekpoe Salvation Army Basic School, built by Adanu, an education focused non-governmental organization, which also built a community radio station for the people at Adaklu-Waya.

The Paramount Chief said the media, especially radio or Frequency Modulation (FM) stations played major roles in governance and development of communities by educating and informing people about government’s policies and programmes with feedback to duty bearers and said it was time Adaklu was given voice for rapid development.

“We are so close to the regional capital yet we have no voice. We are just appealing to the NCA to fast track the approval for the radio stations to start test transmissions so that at least we can hear the announcement of our Easter festival on our local radio stations,” he stated.

Mr Kwame Agbodza, Member of Parliament for Adaklu said when given approval, the two radio stations, one at Waya and the other at Helekpe would help promote farming activities, education and poverty reduction and also appealed to the NCA to positively respond to the requests.

Mr Maxwell Quophy Blagodzi, Deputy Volta Regional Minister said radio played key roles in governance and development and said it was unfortunate that there was no radio station operating in Adaklu and called for a formal appeal to his office for redress.

He commended Adanu for the foresight and dedication to community development and reiterated government’s commitment to education, local governance and rural development.

The six-unit classroom block is estimated at $39,000 aside a kindergarten block and a library project, also by Adanu for the school in 2017.