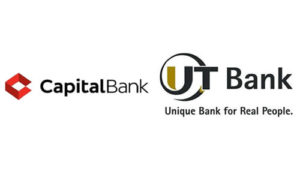 He said: “money we can ill afford, but which was necessary to sanitise the sector, minimise job losses, and protect deposits of 1,147,366 Ghanaians and their businesses and the people they employed.”

Delivering the State of the Nation Address in Accra on Thursday, the President said the banking sector had emerged stronger from those developments, and inspired confidence in it.

“In all this, I have been anxious that our local banks are helped and given as much support as possible, which has been done, but l will not be on the side of criminal behaviour if that is discovered,” he said and urged Ghanaians to remain patient for the investigations to be made in a calm manner.

He said the woes of the banking sector have also been a case of long-standing bad practices that “we, previously, had been unable or unwilling to deal with, which we are now having to deal with in the most painful manner.”

“And, while I am on the subject of rogue activities in the banking sector, it is probably the time to mention the MenzGold debacle. This is a tragic phenomenon that appears to have occurred in plain sight, and affected a lot of people, in spite of warnings from official institutions.”

President Akufo Addo said: “As the authorities try to unravel the intricacies of what happened, I admonish all Ghanaians to learn the necessary lessons for the future, even as State institutions work to bring a resolution to the matter, and those who are seen to have indulged in criminal activities, are brought to justice.”

He said the newly inaugurated Presidential Financial Stability Advisory Council, an inter-institutional consultative coordination body, which groups together all the regulators of the financial system, aimed to forestall the emergence of the Menzgold saga, and would make it difficult, in future, for any such scheme to get off the ground.

He said Council’s mandate is to advise the President on the measures to be taken to preserve the stability of the financial system.