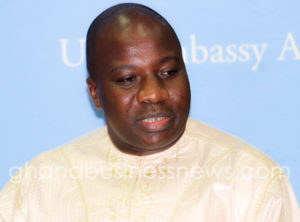 The Supreme Court on Tuesday struck out a suit in which Mr Mahama Ayariga, Member of Parliament for Bawku Central had sued the government over the implementation of some of its key initiatives.

The suit was in relation to initiatives including the Infrastructure for Poverty Eradication Programme (IPEP), Free Senior High School, Planting for Food and Jobs as well as the operations of existing agencies like the Microfinance and Small Loans Center (MASLOC) among others.

The apex court, presided over by the Chief Justice, Justice Sophia Akuffo, struck out the case for want of prosecution.

Earlier when the case was called, Chief State Attorney, Sylvester Williams told the court that all efforts to get the plaintiff to agree on the memorandum of issues has failed.

He said to that effect they sent a letter to him as far back as October 2, 2018, but up till now they have not receive any response to that effect.

Mr. Ayariga in his pleadings said the government failed to submit operational modalities for the policy framework of some of these programmes to Parliament and thus wanted the court to compel either the President or the relevant ministers to present the pertinent legislation and regulations to Parliament.

He was seeking an order of mandamus compelling the President or his assigns to bring to Parliament appropriate legislation establishing the institutions or agencies to implement the said initiatives, and to have proper regulations presented to Parliament for enactment to govern the exercise of discretionary power necessarily implicated in the implementation of  the said initiatives after the Appropriations (No. 2) Act, 2017 (Act 951) was passed by Parliament authorizing the appropriation of the funds.