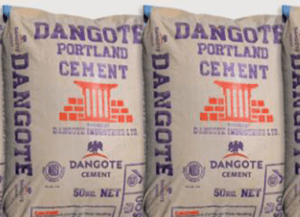 The Aflao Customs Division, Ghana Revenue Authority (GRA), is struggling to meet revenue target as imports by its two main clients, Diamond Cement Ghana Limited (DCGL) and Dangote Cement (DC) through the frontier has been dipping.

Madam Sheila Vigbedor, Aflao Sector Commander of the Division, said this in an interview with the Ghana News Agency at Aflao.

“Reported production decline at DCGL has led to reduction in its clinker imports, from three imports per month to only once currently, while DC largely no longer import cement through the frontier again, affecting the import duties the two give us”, she said.

Madam Vigbedor said duties from DCGL’s clinker and DC’s cement imports formed 27 percent of the sector’s 2017 total revenue, made up of DCGL, 14 percent and DC, 13.

She said this slumped to just 12 percent of the 2018 total revenue, 11 percent from DCGL and one percent, DC.

The Commander said the sector’s main revenue sources currently were from used vehicle, largely from neighbouring Togo, as well as cowhide.

Madam Vigbedor said food items, including maize and cowpea and also items listed under the ECOWAS Trade Liberalisation Scheme (ETLS) protocol, such as food seasonings and cosmetics, were the general imports going through the frontier.

She said though huge imports of clothing for men, children and ladies and foot wears go through the sector, “these do not attract much duties”.

Madam Vigbedor said business was yet to pick up fully after last Christmas and New Year celebrations, which saw heavy business and human traffic across.

She said transits from Tema and Elubo were also just picking up and the GNA on its own saw that not much activity was going at the baggage hall where goods are examined and duties paid.

Madam Vigbedor cited other bottlenecks inhibiting revenue mobilisation in the sector as smuggling, facilitated by the numerous unapproved routes in the area and proximity of homes to the border.

Others are inadequate manpower, logistic shortfalls in the areas of communication gadgets and robust vehicles for patrols and other duties.

She said the sector’s Preventive Monitoring Unit (PMU), was doing well in combating smuggling and effecting many arrests.

The commander said, in the absence of such robust vehicles, the PMU team sometimes requests support from Accra to pursue smugglers.