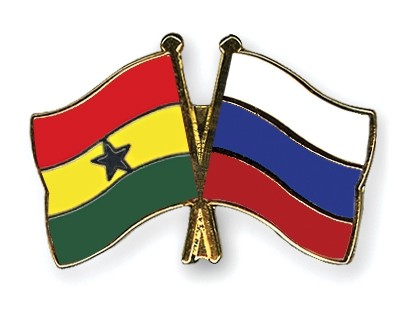 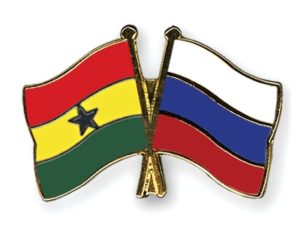 Russia and Ghana are preparing to hold the next political consultation possibly in May, and that, would offer the opportunity to substantially review some aspects of current relations especially bilateral economic cooperation between the two countries.

An official of the Russian Foreign Ministry confirmed this to the Ghana News Agency (GNA) and said it was necessary for heads of both ministries to hold political dialogue aimed at deepening the economic and cultural ties.

“Economic cooperation has, so far, lagged behind the level of political dialogue. At the same time, considering that the interest of Russian business entities willing to work with partners in Ghana, we can say that the prerequisites exist for practical improvement in this direction.”

“We expect that the Ghana delegation’s visit will be used both from the viewpoint of the development of bilateral cooperation between Russia and Ghana and in terms of collaboration by our countries on the international scene.”

The official said the positions of Moscow and Accra were close on many key themes of international politics – peace and security, the formation of an equitable system of inter-state relations, countering international terrorism and other contemporary challenges and threats.

In July 2007, Russian Minister of Foreign Affairs, Sergey Lavrov, and the then Minister for Foreign Affairs of Ghana, Nana Addo Dankwa Akufo-Addo, now President of the West African nation, signed a Protocol on Consultations between the foreign ministries of Russia and Ghana.

That was followed, during the administration of John Mahama, by a delegation headed by Madam Hannah Tetteh, in August 2013.

For the purposes of the promoting mutually beneficial partnerships between Russia and Ghana, an entire package of bilateral links were substantially reviewed – economic and trade cooperation with an emphasis on the fuel and energy sector.

Beside economics and trade, there is a cooperation agreement on exchange of undergraduate and graduate students between the Pushkin Institute of Russian Language and the University in Ghana.

More than 3,000 Ghanaians have received higher education in Russia. Currently, there are nearly 500 state scholarship students studying in Russia.

Ghana is one of the fastest developing countries on the African continent. The factors that attract foreign investors to Ghana are its favourable investment climate, rapidly developing infrastructure and a skilled labour force.

The country has developed a stable political environment in the last two decades and has undoubtedly witnessed growth in the economy.

The prospective areas for bilateral cooperation that could be considered include mining, energy, housing, utilities, transport infrastructure, agriculture, information technology and telecommunications, tourism and health.

Russia and Ghana have had more than 60 years of diplomatic relations. In 2015, bilateral trade amounted to $216 million.

Assault cases on the rise in Upper West Region – Police