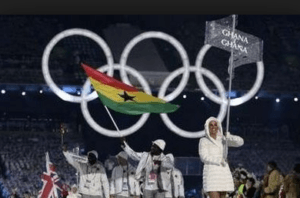 The Disciplinary, Grievances, Dispute Resolution sub-Committee of the Ghana Olympic Committee (GOC) has presented over 200 page report on the 2018 Commonwealth Games in Australia.

Justice Amadu Tanko chairman of the committee commended the GOC and its leadership for being bold in referring some of its members, who may have taken some actions, which maybe unethical to the Olympic Charter.

This, he reiterated was a sign of good leadership and transparency by the GOC.

Mr. Ben Nunoo Mensah President of GOC, who received the report on behalf of the Board, thanked the subcommittee for the amount of time, energy and the passion they put in to their work.

He assured the Chairman that all the recommendations would be implemented to make GOC a better organization.

The over 200-page document would be presented to the Board of the GOC at its next sitting for the necessary actions to be taken.