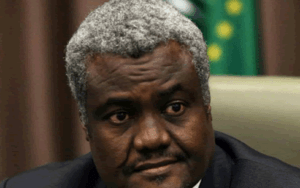 The African Union’s financial independence is gaining momentum as the African continent aspires autonomy from reliance on outside sources.

Advancing institutional reforms and financial autonomy of the 55-member pan-African bloc are among the aims at the two-day 32nd ordinary session of the assembly of the AU, which opened Sunday at its headquarters in Ethiopia’s capital, Addis Ababa.

“In the area of reform, we are making steady progress towards financial autonomy and improving accountability,” Faki said.

“We have strengthened the sanctions regime for the non-payment of contributions by member states, which will now ensure payments on time,” the AU chairperson said.

Forty-nine member states have contributed $89 million to the AU Peace Fund, which now has its Board of Trustees in place, according to Faki.

In the two-day session, the AU heads of state and government are expected to consider detailed proposals for making the AU Commission a more effective and performance-based institution, which is at the heart of the reform.

Rwandan President Paul Kagame, who is also AU’s outgoing chairperson, had previously said that advancing the institutional reform of the union is a major target of the African leaders.

At the core of the AU reform process is the design and establishment of a sustainable financing mechanism to ensure that the AU not only stands firmly on its own feet but can also shape and drive its agenda, according to the AU.

Speaking to Xinhua, Costantinos Bt. Costantinos, who served as an economic adviser to the AU and the UN Economic Commission for Africa, stressed that the pan-African bloc “must be self-reliant in financing its operations,” mainly from membership contributions.

According to the expert, financial autonomy would give the AU independence in its decision-making from donors, who have their own agenda that may not be in line with pan-African aspiration.

“AU must be self-financing if it is to be free from the dominant conditionality that superpowers impose on it,” he said.

The AU Commission has recently embarked on reducing its financial expenditures so as to minimize its dependency on partner funds. During the 31st ordinary session of the AU Summit in Nouakchott, Mauritania, in July last year, the AU approved a budget of $681.5 million for the financial year 2019, a record 12 percent decrease from that of 2018.