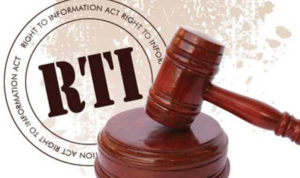 A statement issued by the Coalition and copied to the Ghana News Agency said after years of disappointment, this was certainly a very good progress.

The Coalition commended the effort by Parliament to act with urgency in ensuring the speedy passage of the RTI Bill, following its re-convening just four days ago.

The statement said on Wednesday, January 30, the Technical Committee of the Coalition reviewed the amendments effected so far by Parliament and identified some clauses that may require further revising and refining to align the expected RTI Act 2019 with, among other things, the Constitution.

It drew the attention of the Leadership and Members of Parliament to two main issues; “First, amendments effected to Clause 13 are still inadequate to cure its negative effect. And Second: The Technical Committee of the Coalition has considered the proposal by Mr Frederick Opare Ansah, the Member for Suhum, for a 12-month transition and
implementation period”.

First, for the amendments effected to Clause 13, the statement noted that Clause 13 exempts information that reveals an opinion, advice, recommendation, consultation or deliberation made to any public institution because it was likely to undermine that institution’s deliberative processes.

It said while the Coalition acknowledged the need to facilitate the effective functioning of the Government and the State, any limits to the Constitutional right to information must be narrowly constructed.

It said unfortunately, the current draft of Clause 13 could be easily misconstrued to severely, if not completely, dilute the right to information.

“Our proposal, respectfully, is for the House to introduce a Clause 13(1)(c), to state that ‘such information ceases to be exempt after the deliberative process is over’.”

“Without that explicit provision, such information will continue to be exempt perpetually.”

The statement said, even evaluation reports under the Public Procurement Act will be exempt information in perpetuity. Article 21(1)(f) of the Constitution was very clear that the right to information shall be subject to “such qualifications and laws as are necessary in a democratic society.”
The statement said: “In our opinion, the current draft of Clause 13 does not pass or even meet that test”.

“Second, the Technical Committee of the Coalition has considered the proposal by Mr Frederick Opare Ansah, the Member for Suhum, for a 12-month transition and implementation period”.

The Coalition expressed that that proposal should be considered with caution.

It noted that there had been several negative experiences from African countries where a transition clause had led to non-implementation of the law.

In Ghana, the 1962 Insolvency Act (Act 153) was never brought into effect, on account of its section 78 that had provided that the Act was to “come into operation on the date that the Minister responsible for Justice may, by legislative instrument, appoint.”

It said, that never happened until the law was repealed and replaced in 2006 by the Insolvency Act (Act 708).

The statement explained that if it is necessary to include a transitional provision, then it should be a reasonable transition period that clearly spells out what should be done and the time frame for putting in place the necessary structures for the full and effective implementation of the law.

It said notwithstanding this consideration, the RTI Bill 2018 should still be passed and become law while provision was made for specific time bound actions.

It said this approach was recently applied in the Office of the Special Prosecutor Act 2017.

“We have also taken notice of the Speaker’s ruling to have the Attorney-General present the position of the Executive on this proposed amendment by Tuesday, February 5, we will be observing this with keen interest, especially when this date falls on the ninth anniversary date of the presentation of the first RTI Bill to Parliament in 2010.”

It said the Coalition, will be requesting a meeting with the Majority and Minority Leaders, as well as the Leadership of the Joint Committee to provide more details on some of the clauses following the technical review.

It would also ask leadership to impress on the House to exercise its power of a Second Consideration Stage in respect of the specific clauses as allowed under Order 130 of the Standing Orders of Parliament.

“We wish to assure Ghanaians of our full commitment to the passage of a credible law,” the statement said.