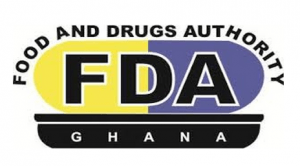 The Food and Drugs Authority (FDA) has destroyed over 300 cartons of ‘Litty mackerel in tomato sauce,’ which is a product considered unwholesome for consumption.

All the 317 cartons of the mackerel were crushed by a bulldozer with its heavy metallic blades at Nsumia Landfill Site near Nsawam.

The Authority has therefore warned the public to desist from patronizing the product to avoid compromising on their health.

In an interview with the Ghana News Agency on Monday, Mrs Gloria Ackon, the Principal Regulatory Officer at the Food Division of the FDA, said the destruction was necessitated by the harmful effects associated with consuming such unwholesome product.

She said, the Authority was hinted of the cartons of the unwholesome product upon which actions were taken to retrieve them from CMB in Accra through a collaboration with the Ghana Police Service and the Accra Metropolitan Assembly.

She said upon reaching the market on Friday, January 18, the tins of mackerel were spotted with some heavily dented and others having their fluid leaking, which prompted the immediate confiscation.

Mrs Ackon said on January 24, some consumers and retailers voluntarily submitted cartons of the product in their custody.

She said it has become necessary to destroy them to prevent the unsuspecting public from consuming them.

She said, the product was not registered with the FDA and also had no batch number, adding that the inscription on the tin indicated that it originated from the Peoples Republic of China and purposely produced for the Ghanaian market.

She said through the collaboration with the Police, two suspects have been apprehended and investigations are ongoing to ascertain how it entered the country.

She urged all consumers and retailers in possession of the aforementioned products to, as a matter of urgency, submit them to the FDA to prevent the public from consuming it and suffer food poisoning.

Mrs Ackon urged the public to be vigilant and report any of such products found in any part of the country, adding that, the FDA is keen in ensuring that every consumable is safe in the country.