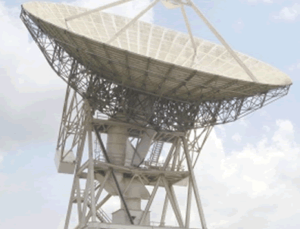 Professor Dickson Adomako, the Director of the Ghana Space Science Technology Institute, at the opening ceremony in Accra, said the workshop was the first of the four series to be hosted in Ghana, Mexico, Thailand and the United Kingdom respectively, with financial support from the Global Challenge Research Fund (GCRF), a UK Agency.

These workshops, he explained, would gather experts to discuss and share requisite skills, experiences and knowledge in radio antennae conversion, telescope controls and receiver systems among others, for socio-economic development.

The week-long workshop in Ghana, would create the platform for participants who are from Africa, Latin America, and Asia, to share engineering expertise on the topic, learn more from Ghana’s Dish Conversion experience, and further build networks to facilitate the onward sharing of knowledge and information after the programme.

Prof. Adomako, he said would provide countries who were yet to have a dish conversion with the needed knowledge and skills for adoption, and for those advanced in the use of the technology, to share their expertise with others.

The Director who later narrated Ghana’s Dish Conversion experience, said it has not been an easy journey to convert the 32 metre ex-telecommunication antenna at Kuntunse in Accra, into a radio telescope.

He said “we have had to deal with administrative and technical challenges,” but the Ministry of Environment, Science, Technology and Innovation (MESTI), GAEC, the South African Radio Astronomy Observatory (SARAO), the Royal Society-UK, the Development in Africa through Radio Astronomy (DARA), and other international institutions have been committed to assisting with efforts to make a the project a success.

The GSSTI together with its collaborators, he said, have since the conversion, intensified outreach programmes to attract young talents into astronomy and related fields, and have been using the converted facility for research and training purposes.

He thanked the GCRF for providing funding for the workshop, and also for its commitment to the course of developing global astronomy.

Prof. Melvin Hoare the Chairman of the Science Organising Committee (SOC) said the benefits of radio astronomy were enormous as it provided accurate data and forecast information to drive socio-economic development.

He commended Ghana for the tremendous success made so far in its strides towards the development of radio astronomy, saying this would enhance science and research development across the continent.

Madam Patricia Appiagyei, the Deputy Minister of Environment, Science, Technology and Innovation, said Ghana was the first among the partner countries to achieve these milestones, and acknowledged the continuous collaborative work between scientists and engineers from Ghana and their colleagues from other parts of the world, especially South Africa and the UK.

“These are all opportunities for Ghana to build valuable human capacity in astronomy and to harness the relevant skills in Science, Technology and Innovation for socio-economic development of the country, she said.

She said currently, Universities in Ghana were working on introducing programmes and courses in astronomy and related fields, and there was the need to enhance the efforts to include the teaching and learning in the academic curriculum.

She therefore urged the GSSTI and its stakeholders to work assiduously on the interventions to promote astronomy education, and develop programmes that would address the current national, regional and global needs, while the government through the Ministry does its best to support these efforts.

Prof Benjamin J. Nyarko, the Director-General of the Ghana Atomic Energy Commission, commended the GSSTI for its current level of achievement in the development of Astronomy, saying “I have keenly observed with admiration the progress made with the execution of the astronomy projects and programmes in the country.

I am enthused about what had been achieved and what is yet to come, I am therefore not surprised to witness such a global astronomy workshop in Ghana today,” he said.

He explained that since Ghana officially decided to join the astronomy and space science fraternity in less than a decade ago, a lot has been invested, and with the support of countries like South Africa and the United Kingdom this dream has become a reality.

Prof. Nyarko said the debate that Science, Technology and Innovation was key to national development remains pertinent, and had been the motivation to keep pushing the scientific research and innovation agenda.

He indicated that it was the hope the government that very soon the country would fully enjoy the benefits of astronomical technologies and other spin off businesses, and encouraged participants of the workshop to translate the enacting experiences and expertise into forms that would help develop not only astronomy, but other relevant sectors of the economies of their countries.