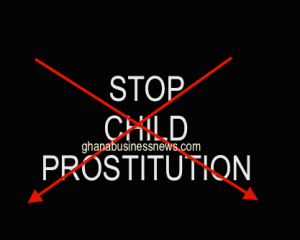 The Eastern Regional Child Protection Committee (ECPC) has expressed worry over children of school going age indulging in prostitution in Koforidua and its environs.

It, therefore, called on the district assemblies to enforce the by-laws on the protection of children.

A survey conducted by the Committee indicated that girls between the ages of 13 and 19 years were spotted around popular drinking spots and night clubs in weird dresses, seemingly indulging in prostitution.

The Committee has also noted with concern the high rate of parental neglect towards the welfare of their children in the Municipality and has cautioned parents to be responsible or face the full rigours of the law as spelt out in the Children’s Act.

At a meeting of the ECPC in Koforidua, representatives of the Department of Children and Women under the Ministry of Gender, Children and Social Protection, the Commission on Human Rights and Administrative Justice, CSO’s, the Domestic Violence Support Unit, Social Welfare and Community Development departments, traditional authorities and the Media, called on stakeholders to upscale their roles to halt the trend.

Mr Kwame Darteh, the Eastern Regional Director of the Department of Children, said the survey also found that many children of school going age were engaged in exploitative labour by either selling on the streets during school hours or engaging in odd jobs to fend for themselves.

He said some areas had been identified in the Municipality such as the defunct railway station operating brothels and highly patronised by young girls and boys throughout the day, attributing it to parental neglect.

Mr Shadrach Majisi from CHRAJ disclosed that in 2018 the Commission received over 230 cases of non-maintenance, which meant that most fathers were shirking their responsibilities towards their children.

He said the situation had resulted in child delinquency as the children had to fend for themselves.