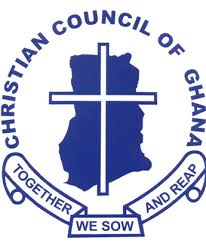 The call was made during the maiden graduation of American Bible University (ABU)- Ghana Campus at Dansoman in Accra.

He also called on churches to present a common voice to government on the need for some form of regulations to guide church leaders.

He said some self-styled and untrained persons who claimed to be men of God continue to conduct themselves in dubious manners that seek to bring the Christian religion into disrepute.

Rev Dr Ghartey, who is also the former Dean of the School of Theology and Missions at the Central University at Mataheko in Accra, said the rate at which churches were springing up is alarming.

He said education is important for people who intend to mount the pulpit as church leaders adding “it is only in the church that you can find so many untrained persons in leadership positions”.

He said in Rwanda for example, one needed to have a qualification to practice or work as minister of the gospel or lead a church and it is about time Ghana emulates such a system to bring some sanity into Christian worship.

Rev Dr Ghartey said it seems names for churches have been exhausted because some churches end up presenting all kinds of names for registration at the Registrar General’s Department, which did not make logical sense.

He said some church leaders after making money from the poor and the rich through offertory and tithes, then go about boasting about their wealth, adding that “the ministry is not a money making enterprise, neither is it for failures in life, lazy or unsuccessful people. Jesus called for hardworking and successful people into the ministry to be fishers of men.”

Rev Dr Ghartey told the graduates that as preachers, they should not impress the people, but rather to express the mind of God to them.

He quoted 1st Corinthians 13:11, and remarked that “having passed through the right of passage” their communication, comprehension and consideration must change, saying; “your life as trained ministers must from today reflect selflessness, sacrifice, service, and above all, spirituality.”

The Director of ABU-Ghana, Rev Elsie Yvonne Lamptey, urged the graduates to be individuals with a difference in their various calling and that they should have the right attitude to ministry.

“I beg you be satisfied with what you have and what you earn. Use the knowledge you have acquired to be a better person. You can live in dignity and a better life by not indulging in malpractices and corruption,” she said.

The President of ABU, Rev Dr Olayinka Olubunmi, urged all Christians to examine themselves and do the right thing because a time would come when all shall stand before the judgement seat of Christ.

She asked the graduates to be good ambassadors of ABU as they go out to do the work of God and live lives that would portray the new dimension in their lives.