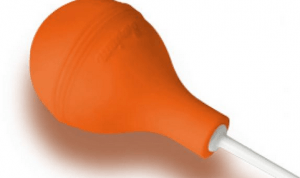 A Senior Staff Midwife at the Sunyani Municipal Hospital (SMH), Ms Naomi Henewaa has advised pregnant women to desist from using enema as a form of medication during the period of pregnancy.

She said that could either cause harm to their foetuses through miscarriage or an infection of strange disease that could terminate the life of the baby soon after birth.

Ms Henewaa who gave the advice in interview with the Ghana News Agency (GNA) on Wednesday in Sunyani disclosed that the facility recorded seven normal deliveries from the morning of December 31, 2018 to the morning of Wednesday, January 2, 2019.

She reiterated that pregnant women must begin to seek ante-natal care immediately after conception, adding that should not be less than 10 times before delivery.

Ms. Henewaa urged pregnant women to eat more protein foods, and cited that egg, fish, beans, fruits and vegetables should be part of their meals to keep both mothers and unborn babies in good condition of health.

Meanwhile within the same period, the Sunyani Regional Hospital (SRH) also had five births, comprising three males and two females but two were by caesarean section.

A midwife on duty at the Maternity Ward who pleaded anonymity told the Ghana News Agency (GNA) in another interview and also advised the need for pregnant women to be exercising where possible.

There were neither twins nor triplets, but all the babies and their mothers were in good state of health.