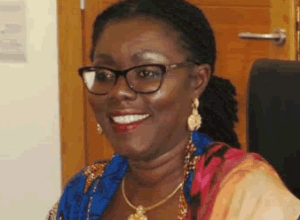 Mrs Ursula Owusu-Ekuful, the Minister of Communications on Thursday denied ever requesting for information or data on balances and transactions of mobile money users from the Bank of Ghana.

Mrs Owusu-Ekuful, was answering a question posed by a journalist regarding a letter purportedly written by one Anastasia Marfo, a Special Assistant to the Minister to the Secretary of the Bank of Ghana, requesting for data on mobile money subscribers transactions.

It was widely reported in a section of the media that, the Ministry allegedly requested the data from the Central Bank to enable Kelni GVG, a private contractor engaged by government, to set up a Common Monitoring Platform for the telecommunication companies.

The Minister denied the media report when the Communications Ministry took its turn of the Meet-the-Press series, in Accra on Thursday.

The meeting afforded the Minister the opportunity to inform the public about the performance of her Ministry and activities outlined for the ensuing years.

The Communications Minister said the nation was building a digital economy, noting that, the country would not make any meaningful headway in transforming her economy without technology.

She urged Ghanaians to be abreast with the latest trends of technology to formalize the economy.

Mrs Owusu-Ekuful noted that the Akufo-Addo’s administration was on the right path in digitizing the various sectors of the economy, geared towards attaining the Ghana beyond Aid, saying; “Government is putting in place the requisite technological infrastructure to achieve that vision”.

“Government has demonstrated commitment and political will to ensure that our digitalization efforts are properly protected and we have a cyber-security infrastructure being built.

“Prior to 2017, nothing of that sort was being done and so we need to commend the efforts of government,” Mrs Owusu-Ekuful stated.

The Minister observed that within the e-Transform and the e-Ghana projects, which aimed at assisting government agencies to digitize their operations, none of those projects recognized the need to provide support for cyber security infrastructure.

Last year, she said, the e-Transform Project included cyber security as a component to protect privacy of people’s data, saying; “As we digitize, we increasing becoming more vulnerable to cyber-criminal activities”.

In that regard, she said government was increasing awareness creation on cyber security issues, while proper processes was being put in place to protect the nation’s cyber security space.

“We’re moving all government transactions to a secure platform so that they will be properly protected, while NITA monitors all IT solutions, infrastructure is being implemented by the Ministries, Departments and Agencies to ensure compliance and standards,” Mrs Owusu-Ekuful said.

She said a Fund would be established next year to provide funding for the Cyber Security Authority to protect the nation’s cyber security space.

She said the nation was gradually moving towards a cash-lite society, therefore most of banks were moving away from manual to digital services to enhance their efficiency.

The Minister also used the platform to advise Ghanaians to exercise extreme circumspection in trading in bitcoin or virtual currency, saying that, that kind of trading is unregulated in the country, therefore anyone who traded in it does that at his or her own risk. 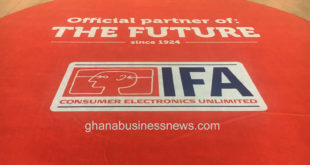 The global pandemic, COVID-19 has left the entire world reeling in all areas of life …