November 6, 2018 General News Comments Off on DVLA to regulate operations of Uber, Taxify 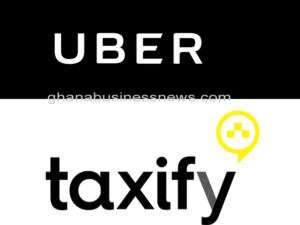 The Driver and Vehicle Licensing Authority (DVLA) on Monday said it will deploy new regulatory requirements for digital transport operators like Uber and Taxify, beginning in the first quarter of 2019.

According to Mr. Kwasi Agyeman Busia, DVLA Chief Executive Officer, said the Authority had engaged and concluded negotiations with management of Uber and Taxify on modalities to regulate their operations.

Mr Agyeman Busia said this at the opening of a two-day DVLA Strategic Review Conference on the theme: “Continuity of Excellent Service Delivery: For Growth, Safety and Security,” which will assess and review implementation of its two-year strategic plan.

He said they had concluded on the need to identify and differentiate Uber or Taxify cars from other private cars.

“It will be a sticker to uniquely identify Uber or other digital transports, and that will be ready towards the end of this quarter,” he said.

The guidelines, he said, would also include Uber and Taxify cars undergoing road-worthy certification twice a year, as all commercial vehicles do.

“Previously, if you have a private car, you do not have to do that, but now, they will have to do so because they use it both as a private and commercial car,” he noted.

Mr. Agyeman Busia also stated that most importantly, Uber and Taxify or cars used for digital taxi services would have to be insured to ensure that in the event of an accident, passengers would be covered.

He explained that this was a very important aspect of the regulations since such cars, which were originally private cars, now pick passengers.

“By the beginning of the first quarter, we will turn it on in full steam whereby both Uber and Taxify and all digital transports will be regulated; meaning their licenses will be checked to make sure they meet the criteria, that they have the appropriate insurance coverage and that they do road worthiness twice a year as commercial vehicles do,” he said.

The Authority would also activate regulation 123 of the Legislative Instrument 2180, which mandates it to issue commercial driving permitted for commercial drivers.

These initiatives follow the successful implementation of the first part of its two-year strategic business plan unveiled in 2017 to address the various inefficiencies at the DVLA, including poor customer services, revenue leakages, weak and unsafe systems, insecure products and heavy bureaucratic processes.

He noted that the implementation of the plan, dubbed; “Double-Double Business plan,” was aimed at increasing productivity by a 100 per cent by the end of 2019.

He explained that it had helped to reduce the incidence of these challenges and thus, improved public impression of the Authority, reduced the backlog of licenses to replace, and increased revenues, among others through various reforms.

Professor Stephen Adei, Dean of the Faculty or Arts and Sciences at Ashesi University, who chaired the two-day conference, urged all regional heads and staff of the DVLA participating in the conference to ensure that they contributed to the success story of the DVLA.

He advised the Authority not to measure its improvements by comparing itself with other agencies or competing with them but to rather compete against itself in order to constantly improve on its work.