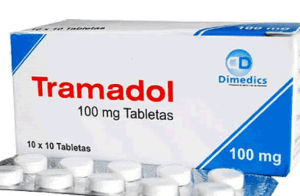 Two Nigeriens, Ali Haruka, 48 years and Almu Bandon, 50 years, have been fined GH¢90,000 each by the Ashaiman District Circuit Court for trading in illicit drugs including tramadol.

Haruna and Bandon who were sentenced by the court on October 19, this year would serve a 15-year jail term each if they default in the payment of the fine.

The court presided over by, Mr. Gabriel Mate-Teye, found them guilty in accordance with section 118 (1) of the Public Health Act 2002 Act 851, which made trading in drugs without authorization unlawful.

Deputy Superintendent of Police (DSP) Divine Yaw Asia, prosecuting, told the court that, on October 10, 2017 at about 17:30 hours GMT the Police received a tip off on some persons trading in illicit drugs including tramadol at Old Tulaku in the Ashiaman Municipality.

DSP Asiam added that police personnel were dispatched to the place and Haruna and Bando were arrested at their shop which they were using as a front for the illegal drug peddling.

He indicated that large quantity of illicit drugs were retrieved from the convicts which were sent for test at the Food and Drugs Board.