Petroleum Authority says it has cut smuggling of products by 93% 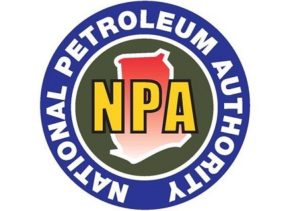 The National Petroleum Authority (NPA) on Wednesday said the stringent measures it instituted to curb smuggling of products has drastically reduced diversion from 30 million litres last year to two million litres as at August, this year.

It said the reduction represented about 93 per cent decline and saved the nation millions of Ghana Cedis, which would have gone to private pockets.

Mr Hassan Tampuli, the Chief Executive Officer of the NPA, who announced this at a stakeholders’ meeting of petroleum downstream sector in Accra, said the collaboration between the Authority and the security agencies had helped to impound 43 bulk road vehicles and canoes for smuggling petroleum products.

He said some of the canoes impounded were designed to carry about one million tonnes of fuel, while one canoe carried about 120,000 litres of petroleum products.

He said the Authority had confiscated the petroleum products and assured that it would make sure all the relevant taxes and levies were paid to the government, while the impounded canoes were burnt to serve as a deterrent to others.

He said a Committee was constituted in June this year to review the culprits’ cases and to develop guidelines to curb illegal fuel activities and propose measures for disposal of all confiscated canoes and vehicles.

That notwithstanding, Mr Tampuli said, the Authority was poised to offer protection to genuine businesses in the industry and assured that it would work with all stakeholders to expose the fraudulent ones, who were desperately trying to undermine the decency of the industry.

He said over the past year, the petroleum downstream industry had undergone major revolution, which called for more strategic approach to ensure efficient operations of the sector.

Therefore, he said, the Authority had instituted stringent measures to curb illegal activities in the sector, especially export of petroleum products to the neighbouring countries.

He announced that the high failure rate amongst retail stations averaged 6.2 per cent  and 4.9 per cent in 2016 and 2017 had been reduced to less than one per cent as at July this year due to the stringent measures it instituted.

He said the Authority had discovered that some petroleum products from Togo meant for transit to Mali were being dumped in Sankase and Tatale in the northern and assured that it would collaborate with the security agencies to arrest the perpetrators.

Mr Tampuli said it was refreshing that such stakeholders’ engagement would help them to formulate and implement innovative strategies and policies that would ensure the petroleum downstream industry remained efficient and profitable while consumers received best value for money.

He said the October 16-31 petroleum pricing window saw some upward adjustment to petroleum products, which resulted in public outcry and, therefore, entreated players in the industry to educate and sensitise the public to understand the mechanisms of a deregulated market.

He said following the implementation of the Price Deregulation Policy in July 2015, the responsibility of setting ex-pump prices of petroleum products shifted from the NPA to petroleum service providers- Bulk Oil Distribution Companies (BDCs) and Oil Marketing Companies (OMCs).

He said prior to the implementation of the price regulation in 2015, the Authority was mandated by the Regulation 14 of L.I 2186 to issue to the petroleum service providers the petroleum product price build-up sourced from prescribed petroleum pricing formula and published same for every pricing window in the gazette and at least two national dailies.

He stated that post implementation of the petroleum pricing, under Regulation 14 of L.I 2186, mandated the NPA to publish the price build-up submitted by the petroleum service providers for every pricing window on the Authority’s website.

Mr Tampuli, therefore, assured the consuming public that the falling prices of petroleum products on the international market witnessed recently would be felt in the next pricing window.

“The NPA will no longer be able to determine prices of petroleum products by just sitting in the office so when you hear some civil society groups saying the NPA has not announced prices or they have secretly smuggled prices at the pump, we must all take pains to address it,” he advised.

The stakeholders meeting afforded the opportunity to petroleum downstream players to dialogue, share and exchange ideas on ensuring effective and efficient management of the sector to promote economic growth.

It also created a platform for the NPA and other stakeholders to disseminate industry information, trends and opportunities to ensure the continuous growth of the downstream sector in accordance with international best practices.

The event attracted captains of the industry and representatives of key partners including; the Customs Division of the Ghana Revenue Authority, Bulk Oil Storage and Transportation Company Limited, Chamber of Oil Distributors Board, Association of Oil Marketing Companies, Ghana Cylinder Manufacturing Company and Tema Oil Refinery.