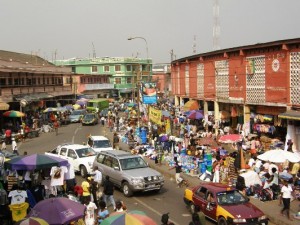 The Customs Division of the Ghana Revenue Authority (GRA) has encouraged traders and investors to explore the benefits of warehousing.

Mr Emmanuel Kenney, Chief Revenue Officer, Preventive of the Volta Regional Office, said a major benefit of warehousing was that, it ensured that trade capital was not locked up in duty payment, because bounded goods attracted minimal duty tariffs until they were cleared for the home market.

He was speaking at the 2018 Tax Education Seminar organised by the Ghana Revenue Authority (GRA) in Ho, and said small traders benefited by holding large stocks of goods in anticipation of favourable selling markets.

Mr Kenney said traders were also permitted to organise their goods in the warehouse for the market, whiles duty on genuine losses were remitted.

He also said aside providing conducive working spaces for traders, the flexible duty payment terms would go a long way to curtail smuggling.

Mr Kenney however noted that despite its proximity to the republic of Togo, a deficit of private bonded warehouses was being felt in the Region, and called on investors to consider the Ho Municipality in particular for the establishment of such facilities.

The Tax seminar took participants including traders, and officers from the Ho Small and Medium Tax Payers Office of the GRA through the new regime on Tax billing.

The forum also enlightened participants on the application of the newly introduced tax stamps on selected products, as well as the contribution of the stamps to the fight against counterfeiting and smuggling.