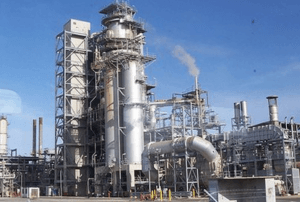 The Tema Oil Refinery (TOR) is expected to complete the discharging of about 950,000 barrels of crude oil on Tuesday as it prepares its boilers for refining fuel after several months of shut down.

A source at the Refinery told the Ghana News Agency that the discharging of the crude oil started on Sunday and was expected to be completed on Tuesday.

According to him, TOR was yet to start proper work as after discharging, they would have to drain water from the crude oil which could take some time.

This will be followed by the taking of level and quantity analysis of the crude received to ascertain if it tallies with what was expected before refining start from next week.

The crude oil is said to have arrived in Ghana on board the MT British Heritage on Friday.

Some workers of the Refinery, some few weeks ago, expressed fear of a possible shutdown of the Refinery for good and job losses due to the intermittent idleness of the plant even after routine maintenance.