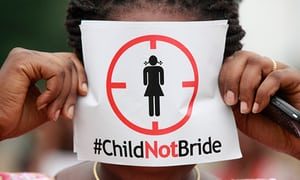 Dr Afisah Zakariah, the Chief Director of the Ministry of Gender Children and Protection, has said 260,000 girl-child and girls below the age of 18 years got married in the country.

He said the three northern regions experienced the highest rate of child marriages in the country, where more than one third of young women about 39 percent were married during childhood.

Dr Zakariah said this during a conference on child marriage and harmful cultural practices in Tamale.

The conference, organized by Ministry of Gender in partnership with UNFPA, was to sensitize, raise awareness and share information on issues about child marriages and other negative cultural practices that impede the progress of women and girls, and relegate them to subservient roles in communities.

He said globally 16 million children were married off annually before age 15.

He said Female Genital Mutilation was another form of violations against the health and human rights of the girl.

Mr Zakariah said the Gender Ministry has developed a National Strategic for Ending Child Marriage in Ghana in 2026 and was been implemented by the Child Marriage Unit.

Mr Jude Domosie, Program Analyst at UNFPA, said teenage pregnancy is one of the results which mainly affected girls dropping out of school and also led them to early marriages.

He said the girl child need to be supported to make their own choices in life.