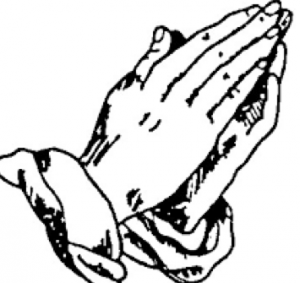 The Head of the Surgical Department of the Koforidua Regional Hospital, Dr Foster Amponsah-Manu has assured breast cancer patients that medical officers also prayed for their patients.

“Just like the prayers they receive at the prayer camps and the shrines in addition to the medical service that we render to our patients.”

He has therefore appealed to women to rush to the nearest medical facility for check up whenever they detected any changes in their breast conditions and not prayer camps.

“This is to ensure early detection and treatment of breast cancer patients and help to save their lives.”

Dr Amponsah-Manu was speaking at the fourth Breast Cancer Survivors Meeting at Koforidua organised by the surgical department of the Koforidua Regional Hospital in collaboration with JEAD Breast Cancer Foundation.

He said from January 2017 to June 2018, the Breast Cancer Clinic of the Koforidua Regional Hospital recorded 500 breast cancer cases with 50 deaths.

He advised people to reduce their intake of oil and salty food and to engage in physical exercises and eat well to avoid breast cancer.

Dr Amponsah-Manu said within the last ten years, with the support of JEAD foundation, the surgical department of the Koforidua Regional Hospital had conducted breast cancer screening for 7,391 men and women in rural areas in Eastern and Greater Accra Regions.

The New Juaben Municipal Director of Health Services, Dr Edmund Kaitoo urged breast cancer survivors to help create awareness on breast cancer to help reduce the number of people who die from breast cancer due to lack of sufficient information on the disease.

He expressed concern about the high number of advertisements on alcoholic beverages and called on people to reduce consumption of alcohol to help prevent breast cancer infections.

He advocated the involvement of psychologists in the management of breast cancer survivors to enable them to get holistic cure and care.

Dr Sarfo-Acheampong appealed to the families of people suffering from breast cancer to support them to enable them to bear the cost of managing the disease.

Ms Ama Boateng of the Department of Children, Gender and Social Protection called for the breast cancer awareness campaign to be spread throughout the year so that many people would be aware of how to protect themselves against the disease.