Cape Coast and Swedru to get Neem tree processing factories 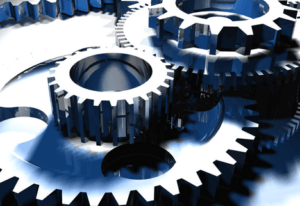 Research and feasibility studies are underway for the establishment of Africa’s first Neem tree processing factory at Cape Coast and Swedru in the Central Regional.

It is a collaborative move between the Cape Coast Metropolitan Assembly (CCMA), Agona West Municipal Assembly (AWEMA) and the Neem Research Centre (NTC) in India – dedicated to the promotion of neem trees among farmers and processors.

Dr Saravanan Subramanian, a Senior Researcher at the Centre for Development Research at the University of Bonn in Germany, disclosed this in an interview with the GNA on the side-lines of a forum organised by Cities Alliance, an International NGO on “improving sanitation, waste management and tourism” in Cape Coast on Thursday.

According to him, they were motivated by the fact that, the multi-purpose tree grows naturally across the country with enormous economic and social benefits; hence establishing two factories was the best option.

The Researcher who hails from India explained that a team of seasoned experts and researchers from his country, who visited Ghana early this year to conduct similar research on the famous neem tree, will soon arrive in the country to conclude their second research on the tree to pave way for work to start.

As part of the visit, they will engage and train all interest groups and individuals on the best scientific and economically viable methods of neem seed collection, processing, packaging and application in agriculture for mutual benefits.

In addition to that, they will offer solutions and innovative technological support to all players in the neem value chain for enhanced output.

Touching on the benefits, Dr Subramanian indicated that the neem tree had seven key benefits not withstanding its medicinal and highly priced economic value in India and Australia in particular.

The tree had gained significance importance due to its wide scope of commercialization in the areas of agriculture, veterinary, cosmetics, medicine, toiletries and various industries.

It has also become popular in cosmetics and beauty aid. Some companies are now using Neem products (Neem oil and leaves) for production of cosmetics like facial creams, nail polishes, nail oils, shampoos, conditioners among others, he explained.

Dr Subramanian stated that Ghana could earn a lot from the tree if it prioritised its cultivation and acceptance among growers and the general public.

He urged assemblies to consider its cultivation as part of the ‘One district, One factory’ (1D1F) industrialisation policy by the government.

That, he noted, was the way to create lot of cottage industries to effectively and efficiently contribute to rural economies through job creation and revenue.

Dr Subramanian called for massive support, investments and a policy for integrating neem in the framework of agriculture, rural and small industries policies in order to realize this potential.

Chamber to build capacity of businesses to utilise opportunities in AGOA