Maltavator Challenge to commence in November

October 19, 2018 General News Comments Off on Maltavator Challenge to commence in November 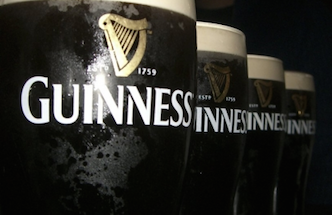 Malta Guinness, a premium malt drink producer, will in November begin their nationwide hunt for contestant, who will compete in this year’s Maltavator Challenge.

This year’s edition, which would be the second edition, would see constants vie for $20,000 reward as they showcase the physical and mental toughness in the challenge.

Ten contestants would be recruited from each of the four zones across the country to compete for a spot among the final 10, who would later represent Ghana at the Pan-African Maltavator Championship.

The ten Ghanaian contestants would battle it out with their counterparts from five other African countries; Ethiopia, Cameroon, Cote D’Ivoire, Kenya and Nigeria for the grand prize of $20,000.

Mr. Roland Ofori, Brand Manager of Malta Guinness, encouraged mass participation in this year’s event in order to get the best representation for Ghana at this year’s Africa challenge.

“This year, Malta Guinness is inviting more contestants from even more countries to turn their goodness into greatness. In Ghana, we have opened it up to find the most enthusiastic and energetic Ghanaians to represent their nation,” he stated.

Meanwhile, first regional challenge is set for November 3, at the Bukom Boxing Arena in Accra, with Takoradi, Kumasi and Tamale also hosting their challenge on the 10, 17, and 24, November, respectively.