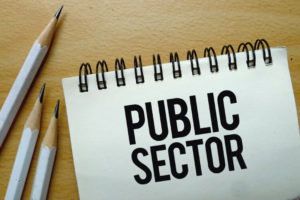 The Eastern Regional Minister, Mr Eric Kwakye Darfour has called on the leadership of the Public Service to give hope to the people, by providing quality leadership to the public service.

He said if the leadership failed, then discipline among their subordinates would collapse and the private sector would fail because it would not get the required support for their growth.

Mr Darfour was speaking at the mini-launch and sensitization on the National Public Sector Reform Strategy (NPSRS) at Koforidua.

The main goal of the NPSRS is to enhance public service delivery for the citizens and the private sector to foster national development.

He said “We have a long way to go, but we can get there if we are disciplined and worked together”.

Mr Darfour expressed the hope that the new NPSRS would help reposition the public service to offer the needed support for the growth of the private sector.

Nana Serwa Amoako of the Ministry of Monitoring and Evaluation (MoM&E) said under the NPSRS, MoM&E would establish a National Data Board where all data collected by all sectors in the Public Service would be made available.

She explained that such a Board would enable the Presidency and all policy makers to have access to data immediately they were collected.

Nana Amoako said such a board would provide opportunity for policy makers to know challenges facing citizens in the country and take immediate measures to overcome those challenges, and help policy makers to resolve the current challenge where they got access to data at the end of the year.

She said currently her Ministry had developed a framework for assessing the performance of Ministers against the promises they have made and the results were presented to Cabinet for the attention of the President and Cabinet would use it to hold the Ministers responsible for their actions.

Mr Thomas Kusi Boafo, Chief Executive Officer (CEO) of the Public Sector Reforms of the Office of the Senior Minister called on the Private Sector to demand results from the public sector.

He called on both the private and the public sector to be part of the solution and explained that government alone cannot do it all.

Mr Boafo said Ghana had a lot of opportunities to succeed and “Yes we can do it,” he observed.

The Vice Chairperson of the Eastern/Volta Regions branch of the Association of Ghana Industries (AGI), Mrs Lucy Tenkorang, made a passionate appeal to all relevant agencies to embrace government’s efforts to reform the public sector.

She said the private sector was committed to support the vision of the President to build a Ghana Beyond Aid, however, this will not be realized should the public sector remain inefficient.

Mrs Tenkorang urged the Public Sector to see the private sector as an ally and not an enemy.