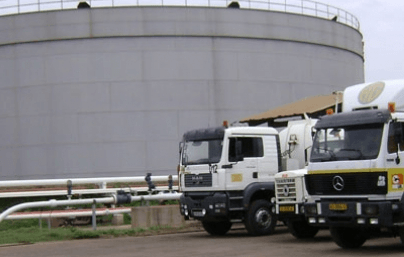 The Saint Louis Petroleum Company, a nascent oil and Gas Company, is to construct the second largest tank farm in Ahutuma in the Ahanta West Municipality of the Western Region.

The $300 million tank farm when completed, would offer job opportunities to more than 2500 indigenes who are qualified to be engaged in the sector.

Nana Kwame Nkansah II, the Group Chief Executive of the Saint Louis Petroleum company at the inauguration of a 12-member Compensation Committee said the company had engaged qualified evaluators to evaluate properties on the land acquired for the project for the payment of compensation to start to pave way for the first phase of the project in latter part of January.

The first phase also the operational phase, would consist of the construction of pipelines from the Takoradi harbour to the project site, the building of the tank farm, offices and accommodation facilities to begin operations and pave way for the second phase to begin, which would be mainly characterized by expansion works.

Nana Nkansah II said though the company had the opportunity to site their operations in the Tema Municipality, he deemed it appropriate to bring the project to the Ahanta and Nzemaland to open up the place and create jobs for the local people.

Already, the company is constructing a five kilometre road from Ahutuma junction to the project site, offered scholarship to some students and a move to put the communities along the operational area on solar energy.

The 62000 cubic meter tank would consist of three petrol tanks, three diesel and one kerosene tank.

Mr Kojo Kum, Member of Parliament for the area urged the community to exercise patience with the investors and give them the needed support to complete the project on time to benefit the people of the area.

He entreated Nananom and the community members to do the right things in the process in order not to delay the payment of compensation and meet project timelines.

Mr. Kum said, “I believe that these investors have enough monies to pay all compensation… If they can prepare for such a project, then I trust they have compensation plan, all we need to do is to do the right thing and engage effectively for prompt payment”.

The MP kicked against unwarranted litigations among owners of the land that had been acquired for the project, “We are believing that in the next 10 years, the municipality will become cosmopolitan “.

Mr Innocent Haligah, the Ahanta West Coordinating Director who welcomed the investors, urged them to operate within the confines of the law so as to have a peaceful atmosphere to do their work.

He pledged the assembly’s commitment in ensuring the successful execution of the project.

Nana Awhia Allia VI, who presided, was happy about the initiative and prayed that it would be executed on time to open up the area for development.

In the meantime, the company had introduced varying petroleum products for car engines and the general operations of any automobile.