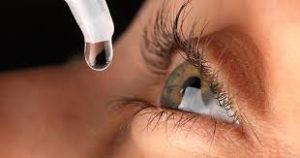 The current prevalence of blindness in Ghana has been estimated at 0.74 per cent, which translates into more than 207,200 blind people in the country.

In Ghana, the leading cause of blindness is cataract, with 54.8 per cent representing 111,888 Ghanaians blind as its result.

These statistics were made known following a blindness and visual impairment study which was conducted by Ghana Health Service (GHS) in collaboration with other development partners between 2015 to 2017.

This study which was released at the Ghana Eye Care Awards, to mark the World Sight Day, also showed that prevalence of blindness among people within the age of 50 years and above was 5.0 per cent and increased to 20.12 per cent among 80 years and above.

The World Sight Day is celebrated on every second Thursday of October and it is the most important advocacy and communication event on the eye health calendar.

This year’s event was celebrated on the theme: “Eye Care, Everywhere.”

The study also revealed that four out of five Ghanaians were found to be blind from causes such as untreated cataract, glaucoma, diabetic, retinopathy and corneal related causes which could have been avoided and that Males were more affected than Females.

It was Also found out that the major cause of low vision was refractive error, which accounts for 46.6 per cent, with only five per cent of this group using glasses, leaving the remaining 95 per cent, who must use it for correctional vision not doing so.

Dr James Addy, Head of the Eye Unit at the GHS confirm the statistics, adding that, it was sad that people who suffer from diseases do not seek early medical treatment.

He said revealed that the number of Eye Care Specialist in the country was inadequate and called for more people who are have the interest to pursue medicine to venture into the specialisation of Eye Care.