Government gives clearance for recruitment of over 145,000 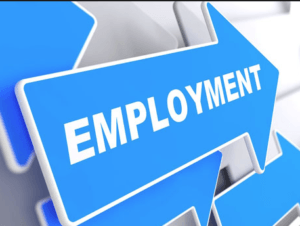 Government has given financial clearance for the recruitment of over 145,000 workers, Mr Kojo Oppong-Nkrumah, the Information Minister Designate, has said.

Mr Oppong-Nkrumah, who made the disclosure on Tuesday at a press conference in Accra, said the first priority of Government was to revive the economy and return it to a stable footing from the crisis of 2016.

The press conference was held to give an update on key government initiatives and programmes such as job creation, the One District, One Factory (1D1F) and progress made on the road up towards the lifting on the ban on illegal mining.

“To this end we have spent the first one and half (year) restoring the macro stability, a fact to which now all economic observers attest.

“Government is continuing with the next step which is to deepen its job creation initiatives in the private and public sectors,” he said.

Mr Oppong-Nkrumah said on the public sector, financial clearance has been given for over 145,000 jobs as part of these efforts.

He said Government was creating 100,000 jobs across the private and public sectors and across all 254 districts through NABCo.

He said the objective is to provide employment opportunities to solve the unemployment problem among the graduate cohort, while at the same time delivering on the goal of transforming and bringing efficiency to public sector service provision.

Mr Oppong-Nkrumah said a budgetary provision of GH¢600 million was made in the President’s 2018 financial statement to the Parliament.

He said the Ministry of Finance, initially released some GH¢30 million to assist with the implementation and administration of the programme; adding that trainees under the programme would receive a monthly stipend of GH¢700.00.

“Currently over 90,000 beneficiaries have already accepted their postings and we are expecting the 10,000 remaining beneficiaries to complete their acceptance within the week,” he said.

“President Nana Addo Dankwa Akufo-Addo is slated to commission them to start work before the end of October,” he said.

Mr Oppong-Nkrumah said all of these 145,000+ persons were expected to be at the post by the end of this year.

“Even though 145,000 is a significant number, the extent of the unemployment challenge created within the last eight years means that more people are still looking for jobs.

“Government will continue with actions aimed at providing opportunities for them as we continue to improve economic conditions and government finances,” he said.

He said Government’s principal job creation path, however, was fully to execute programmes that aims at stimulating the creation of more economic activity and jobs; like 1D1F Programme.