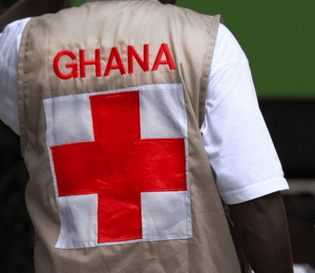 This was done with support from the Swiss Red Cross.

Sixteen (16) of the tents had been put up at Kologu-Zuo in the Kassena-Nankana Municipality, and the remaining four, at Sandema, in the Builsa North District.

The victims had their houses destroyed following torrential rains and spillage of water from the Bagre Dam in Burkina Faso.

This year heavy rains combined with the dam spillage had brought misery and pain to the region – destruction of large hectares of food crop farms and property.

The intervention would end the situation, where victims were forced to sleep in schools, he added.

For now, they would have shelter until they were able to reconstruct their destroyed houses.

He said the two communities – Kologu-Zuo and Sandema, were the hardest hit by the floods.

Mr. Mahama announced that the Society had established and trained community disaster response teams in 20 communities across the region.

They were also collaborating with the National Disaster Management Organization (NADMO), the Ghana National Fire Service (GNFS) and other major stakeholders to build the capacity of these teams to aid disaster management in their communities.

The victims expressed gratitude to the GRCS for the support and said the tents had come as big relief to them since they had no place to sleep after their homes were destroyed.

Mr. Bismark Abakisi, the Builsa North District Director of NADMO, said in excess of 7,000 people had been displaced by the floods.

He said his office had received some relief items for distribution to those affected and invited other organizations to help bring hope to them.