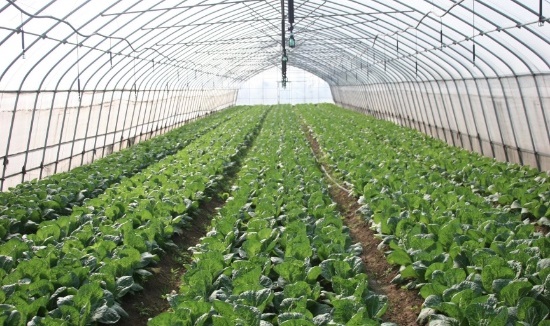 Professor Ebenezer Oduro Owusu, the Vice-Chancellor of the University of Ghana, has called on African governments to invest more in agriculture in order to ensure food security on the continent.

“Today, conversations on food and nutrition security have taken centre stage globally, because of the urgency for the world to end hunger, achieve food security, improve nutrition and promote sustainable agriculture.”

Prof Owusu made the call at the University’s West Africa Centre for Crop Improvement (WACCI) Conference on Food and Nutrition Security in Accra.

The two-day conference is being organised by WACCI as part of activities marking the 70th Anniversary of the University of Ghana, on the theme “The March Towards a Hunger-Free Africa”.

The over 100 participants attending the meeting drawn from across the globe include academics, representatives of civil society organisations and policy makers.

Prof Owusu said: “It is well documented that individual nations have an important role to play in driving agricultural transformation for socio-economic development”.

He explained that this was demonstrated by African nations when the Maputo Agreement was signed in 2003 to drive agricultural transformation through the comprehensive African Agriculture Development Programme (CAADP).

He said the Malabo Agreement in 2014 further consolidated Africa’s resolve to ensure food and nutrition security.

The Vice-Chancellor said it was acknowledged worldwide that agriculture was primarily a private sector activity through input supply to agribusiness.

“Nonetheless, if the transformation is not anchored on strong collaborations with government in terms of good policies and attraction of investments, progress will be slow and will affect the livelihood of many peasants in the rural areas, adversely,” Prof Owusu stated.

“Evidently, good government policies that can escalate the establishment of many more centres of excellence such as WACCI in agricultural landscape, across value chains would unquestionably take Africa’s agriculture to new heights.”

He noted that the “Rearing for Food and Jobs” would focus more on promoting the poultry industry in the country.

He noted that the College of Basic and Applied Sciences was made up of six schools, two institutes, 30 departments and seven centres of which WACCI was part.

Prof Eric Y. Danquah, the Founding Director, WACCI, University of Ghana, said the Centre was an Institution with a glorious past and future; declaring that the Centre was one of the top tiers institutions globally impacting food security in Africa and beyond.

Dr Yemi Akimbamijo, the Executive Director, Forum for Agriculture Research in Africa (FARA), Ghana, in his presentation dubbed: “Achieving a Food Secure Africa – Breaking the Glass Ceiling”, said there was the need to apply science, technology and innovation to break the glass ceiling in agriculture.

He further urged African Governments to work towards ensuring a continent free of hunger and malnutrition; adding that there was still a lot to be done by to address the food insecurity situation on the continent.