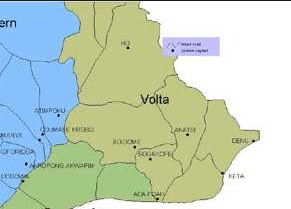 Right Reverend Japheth Yao Ledo, President of the group at a press conference in Ho on Wednesday, said the suspension of the creation of Oti Region had become necessary because the group foresaw fierce resistance which may cause “instability, disunity…and loss of lives.”

He said though the group appreciated the desire of government to fulfil her campaign promises, it was necessary it heeded the call to halt the creation of the Region to forestall “instability, disunity and wars.”

Rt. Rev. Ledo who is also a former Moderator of the Evangelical Presbyterian Church said, there could be protracted conflicts in Volta Region with loss of lives should boundaries drawn to carve out Oti Region pass through already disputed lands like Nkonya and Alavanyo.

He said some communities including Akpafu and Lolobi also rejected their inclusion in the proposed Oti Region and that subjugating them into being part of Oti Region would amount to suppressing their freedom of choice of habitation.

The group disagreed with limiting the referendum to people in the proposed Oti Region and urged government to heed to calls to extend the exercise to cover the whole Volta Region.

“…the Ewes form 73.8 per cent of Volta Region and for that matter, to limit voting to 26.2 minority to create Oti Region out of Volta Region is highly unacceptable,” Rt. Rev. Ledo stated, adding, “Despising the will of the majority of Voltarians this time around would be like sounding war drums in their ears.”