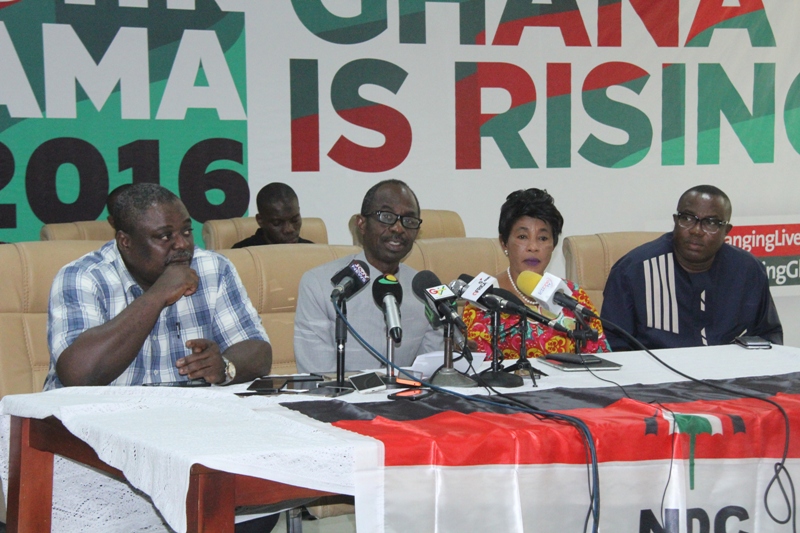 The National Democratic Congress (NDC) has asked its former government officials agencies not to cooperate with any non-state investigative agency.

This comes in the wake the recent audit report by a private firm that said more than US$800 million was misappropriated by state agencies under the previous Administration.

The Ghana Gas Company’s Board, for instance, was indicted for supervising the purchase of helicopters for US$100 million, which did not offer value for money.

But addressing a press conference in Accra on Tuesday, Johnson Asiedu-Nketiah, the NDC General Secretary, berated the report, terming it illegal.

He said under the country’s 1992 Constitution, the Auditor General, was the only person authorized to audit state agencies.

“Where, for some good reason, such audits have to be carried out by private firms, the Auditor General’s consent has to be sought.”

“Indeed, it is the Auditor General who is supposed to choose the firms and authorize them on their mandate”, he added.

Mr. Asiedu-Nketia said they found it curious that in the said audit report was signed by Professor Edward Dua-Agyeman, the Chairman of the Audit service Board.

He claimed the government spent US$6.8 million of tax payers’ money on private firms that conducted an assignment that was either being done or already completed by state agencies and demanded an explanation.

He said the government should justify why those monies were paid when state investigating agencies had been mandated to do the same job.

Mr. Asiedu-Nketiah accused the government of engaging in witch-hunt adding that, this was stopped.

He advised that the government rather focussed its energy and effort on fixing the economy.

These allegations should be properly investigated by the constitutionally mandated state investigative agencies and the findings published and appropriate sanctions applied.