African leaders urged to invest in Sexual and Reproductive Health

October 1, 2018 General News Comments Off on African leaders urged to invest in Sexual and Reproductive Health 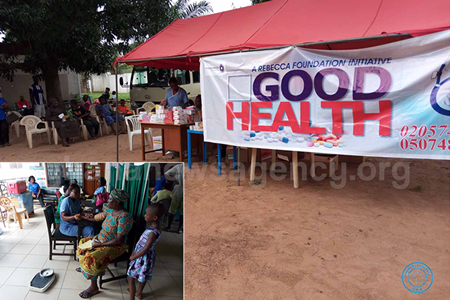 Mr Sam Ntalemo, the Representative of the International Plan Parenthood Federation, Africa Region, has called on African leaders to invest in Sexual and Reproductive Health and Rights (SRHR) of their citizenry.

He said with the right investments, young people, especially girls, would be in school to prepare them for their responsibilities as citizens and foster a healthy and productive working life and relationships.

Mr Ntalemo made the call at the weekend at a press briefing for an International Conference on Population and Development to be organised in Accra.

The conference will begin from September 30 to October 5, bringing together more than 150 civil society organisations in Africa to discuss progress made towards achieving sexual and reproductive health and rights.

He said there was the need to invest in policies and programmes that harnessed the potential of the young people and ensured they were healthy, educated and employable.

Research shows that investments in reproductive health would help protect the well-being of young people, maximise their potential for healthy, productive lives, and improve social and economic development.

Mr Ntalemo said about 30 per cent of Africans were between the ages of 15-29 and that the next decades would provide an opportunity for Africa to draw on the capacities and contributions of the youth in ensuring sustainable development.

He explained that this would be dependent on the extent to which young people are educated, healthy and empowered to make informed decisions about their bodies and lives, including to live free from HIV and other sexually transmitted infections.

Madam Abena Acheampong, the Executive Director of Plan Parenthood Association of Ghana, said this year two research studies had been undertaken on sexual and reproductive health and rights in Africa; the state of African Women Report, and the Africa Population and Development Index.

She said both research studies confirmed that although progress had been made at various levels, competing priorities for resources and insufficient political by governments had resulted in high adolescent fertility and threats to the realisation of the Demographic Dividend.

She said the civil society organisations deliberations would be informed by the two research studies, especially in identifying key messages that would be shared with African Union Member States.