September 24, 2018 General News Comments Off on Alcohol kills over 3 million people annually – WHO 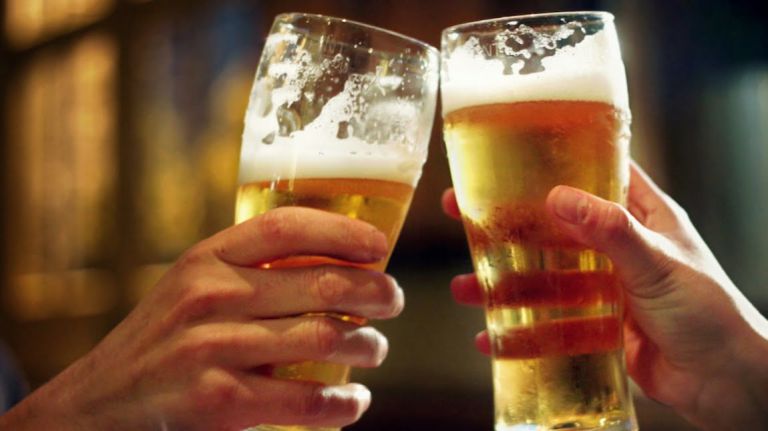 Three million and over people died as a result of harmful use of alcohol in 2016, according to a report released by the World Health Organization (WHO) on Friday.

This represents one in 20 deaths and more than three quarters of these deaths were among men.

The harmful use of alcohol, overall, causes more than five per cent of the global disease burden, according to its release copied to the Ghana News Agency.

WHO’s Global status report on alcohol and health 2018 presented a comprehensive picture of alcohol consumption and the disease burden attributable to alcohol worldwide.

It also described what countries were doing to reduce this burden.

Dr Tedros Adhanom Ghebreyesus, Director-General of WHO, said “For too many people, their families and communities suffer the consequences of the harmful use of alcohol through violence, injuries, mental health problems and diseases like cancer and stroke.

“It’s time to step up action to prevent this serious threat to the development of healthy societies.

“We would like to see Member States implement creative solutions that will save lives, such as taxing alcohol and restricting advertising.

“We must do more to cut demand and reach the target set by governments of a 10per cent relative reduction in consumption of alcohol globally between 2010 and 2025,” added Dr Tedros.

Of all deaths attributable to alcohol, 28 per cent were due to injuries, such as those from traffic crashes, self-harm and interpersonal violence; 21 per cent due to digestive disorders; 19 per cent due to cardiovascular diseases, and the remainder due to infectious diseases, cancers, mental disorders and other health conditions.

Despite some positive global trends in the prevalence of heavy episodic drinking and number of alcohol-related deaths since 2010, the overall burden of disease and injuries caused by the harmful use of alcohol is unacceptably high, particularly in the European Region and the Region of Americas.

Global consumption predicted to increase in the next 10 years.

An estimated 2.3 billion people were current drinkers. Alcohol is consumed by more than half of the population in three WHO regions – the Americas, Europe and the Western Pacific.

Current trends and projections pointed to an expected increase in global alcohol per capita consumption in the next 10 years, particularly in the South-East Asia and Western Pacific Regions and the Region of the Americas.

The average daily consumption of people who drank alcohol was 33 grams of pure alcohol a day, roughly equivalent to two glasses (each of 150 ml) of wine, a large (750 ml) bottle of beer or two shots (each of 40 ml) of spirits.

School surveys indicated that, in many countries, alcohol use started before the age of 15 with very small differences between boys and girls.

Worldwide, 45 per cent of total recorded alcohol was consumed in the form of spirits. Beer was the second alcoholic beverage in terms of pure alcohol consumed (34per cent) followed by wine (12 per cent).

Worldwide there have been only minor changes in preferences of alcoholic beverages since 2010. The largest changes took place in Europe, where consumption of spirits decreased by three per cent whereas that of wine and beer increased.

In contrast, more than half (57 per cent, or 3.1 billion people) of the global population aged 15 years and over had abstained from drinking alcohol in the previous 12 months.

“All countries can do much more to reduce the health and social costs of the harmful use of alcohol,” said Dr Vladimir Poznyak, Coordinator of WHO’s Management of Substance Abuse unit.

“Proven, cost-effective actions include increasing taxes on alcoholic drinks, bans or restrictions on alcohol advertising, and restricting the physical availability of alcohol.”

Higher-income countries were more likely to have introduced these policies, raising issues of global health equity and underscoring the need for greater support to low- and middle-income countries.

Almost all (95 per cent) countries have alcohol excise taxes, but fewer than half of them use other price strategies such as banning below-cost selling or volume discounts. The majority of countries have some type of restriction on beer advertising, with total bans most common for television and radio, but less common for the internet and social media.

Reducing the harmful use of alcohol will help achieve a number of health-related targets of the Sustainable Development Goals (SDGs), including those for maternal and child health, infectious diseases, non-communicable diseases and mental health, injuries and poisonings.