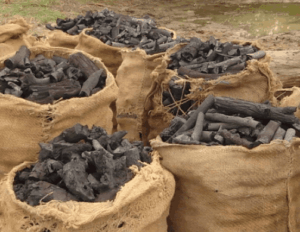 Smallholder charcoal producers in the major charcoal-producing districts in the Brong Ahafo Region, have appealed to the Environmental Protection Agency (EPA) for a review of the existing regulatory regime on charcoal production, to address some of their concerns.

The smallholder charcoal producers who were mostly from Nkoranza North, Kintampo North and South Districts as well as Techiman Municipality, said the existing regulation, which required them to acquire and use metal kilns in production coupled with the cumbersome procedures in acquiring environmental permit, were discriminatory and a disincentive to their operations.

The appeal was in response to a call on charcoal producers by Mr Anthony Duah, the Techiman Area Head of EPA, urging them to comply with the existing regulation on charcoal production since that would help sustain tree resource base while at the same, saving the environment from excessive pollution.

According to Mr Duah, charcoal production and related activities on the environment was gaining much attention in recent times-this underscored the urgent need for all stakeholders to comply with regulations to sustain both their businesses and the environment.

He was speaking a forum on charcoal organised by Tropenbos Ghana as part of the Ax Project, which was being implemented in partnership with the Kwame Nkrumah University of Science and Technology (KNUST), University of Ghana and the University of Copenhagen.

The Ax project, which spans 2015-2019, seeks to access challenges and discuss the way forward along the charcoal value-chain in Ghana.

The forum, supported by DANIDA, brought together research scientists, academia, EPA officials, and officers from the Energy Commission.

The Ministry of Food and Agriculture, the Forestry Commission, Ministry of Lands and Natural Resources, charcoal producers and transporters, merchants as well as traditional leaders from the charcoal-producing enclave in the Brong Ahafo Region.

According to the smallholder producers, the existing regulatory regime was more oriented to large-scale producers and fell far short to their ability to meet and comply with it.

It was therefore important for the EPA to review it and come out with a regime that would address their peculiar needs to enable them comply voluntarily.

A study by Tropenbos Ghana indicated that Ghana’s annual national charcoal production in 2016 was about 600,000 metric tons.

This required the collaborative efforts of all stakeholders along the charcoal commodity value chain.