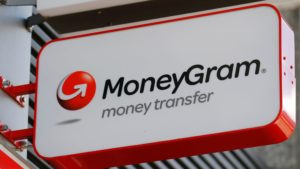 Management of MoneyGram, a global provider of money transfer services and Zeepay, a mobile financial services company, have launched MoneyGram to Mobile transfer service directly to all major mobile wallets in Ghana.

The platform enables customers to receive their remittances in cash, directly to the mobile money wallet in Africa’s fifth largest remittance recipient market.

Mr Sampson Akligoh, Director Financial Sector Division, Ministry of Finance speaking at the launch said Zeepay was championing a very important process in what government wants to do with financial inclusion in the country.

He said as at 2016, government actually prepared a whole strategy to achieve about 90 per cent terms financial inclusion.

He said government was putting a whole strategy in place to pass for the digital financial services with the focus on digitalization.

He said remittances were not only important to the economy but also its central to poverty alleviation in the country.

He said countries needed to leverage on the significant of the mobile money service to transform the remittance space.

He said government has development the digital financial services policy to leverage on the economic benefit of the digitalization.

Mr Andrew Taki-Appiah, Managing Director at Zeepay said “Together with MoneyGram, we are building the future digital payments ecosystem in Ghana. I look forward to seeing the launch of similar services in other African countries.”

He said the milestone achieved with the partnership with MoneyGram would further accelerate growth of digital services in the country and help boost employment.

“This is the future of Africa’s digital ecosystem and we look forward to further rollouts across the continent,” he added.

Mr John Gely, MoneyGram’s Head of Africa said the partnership with Zeepay makes it easier for their customers to send money to their families and friends in Ghana.

He said this was an important step that would drive financial inclusion across the country as customers could now receive money in cash, directly to their bank account or mobile wallet.

He said Funds could be sent via MoneyGram online or at any one of MoneyGram’s thousands of locations in 200 countries and territories around the world into mobile wallets in minutes.

He said the receiver may also pick up their remittance in cash at over 2,000 banking partner locations across the country or have it debited into a bank account.