Contractors Association calls for the formation of Construction Development Authority

September 15, 2018 General News Comments Off on Contractors Association calls for the formation of Construction Development Authority 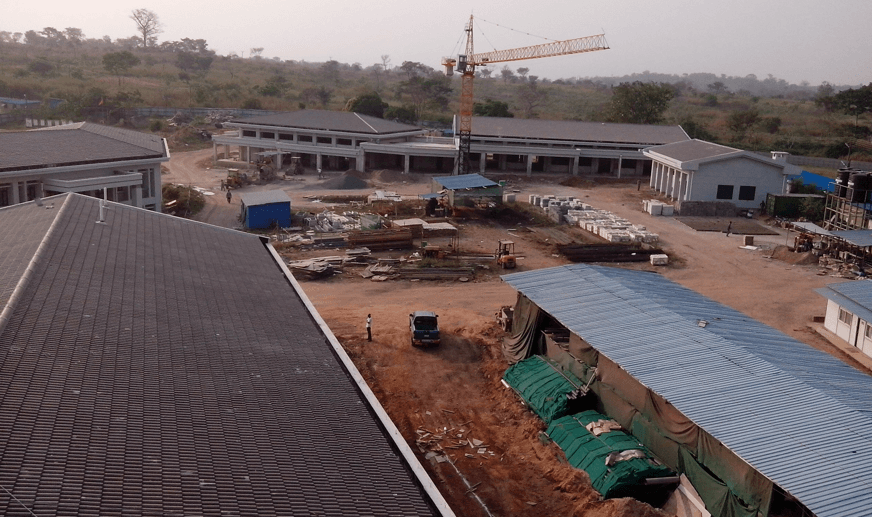 Mr. Kwame Afreh, former Chairman of the Association of Building and Civil Engineering Contractors of Ghana (ABCECG) has called on the Minister for Works and Housing to form an independent Construction Development Authority to check the ills in the industry.

Mr Afreh, who was addressing the 10th annual delegates conference/Expo held at Winneba, on the theme “Positioning of the construction industry for sustainable and affordable infrastructure Development-The role of the Ghanaian Contractor” said Ghana was known to have chalked successes in many areas but definitely not in the building environment.

He said there was no way that the industry could progress to the highest level without the formation of a development authority.

According to him, the erratic development and its negative impacts had cast a slur on the competence of the construction community of professionals responsible for designing and monitoring construction works.

In order to bring sanity in the industry, the association with sponsorship from BUSAC fund are spearheading an advocacy action for the formation of Construction Industry Development Authority as a regulatory body to monitor the activities of practitioners of the industry, he said.

In this regard, he urged all contractors, developers, professional associations, academia, and research institutions in the industry to help to realise the dream.

He stated that the objective of the Authority was to secure and promote the highest professional standards and efficiency in the built environment and to achieve the objectives of authorities.

Mr. Afreh, said it was on record that the construction industry contributed significantly to the wealth of Ghana’s economy, and apart from that, its activities could impact negatively on the environment if it was not regulated and monitored.

”It was a welcome news when the President during his campaign met contractors at the Engineering Centre and promised to let all Government of Ghana (GOG) funded projects be executed by local contractors and also we were assured that a percentage of all donor or extra funded projects will go to indigenous contractors to enhance technology transfer as well to build our capacities”.

He commended the government for fulfilling such promise and hoped that would begin with the projects slated for housing projects for the security agencies.

“It is therefore sad that there is no comprehensive government policy for such a vital industry and we operate without proper monitoring and appropriate sanctions applied where necessary, hence the need for such authority to monitor their activities,” he added.

Later in an election conducted by officials of Effutu Municipal Directorate of the Electoral Commission (EC) led by Ms Ama Tawiah Akoti the Municipal Director, Mr Yao Ledi Volta Region contractors chairman was elected as the new chairman of ABCECG.

Justice Nana Dormaahen, a High Court Judge led Mr Yao to take the oath of office and secrecy during the swearing-in.

Mr Ledi thanked the delegates for the honour done him and promised to execute his duties with fairness, honesty and in accordance with the constitution of the association to ensure safe and healthy work environment in the industry and called for their support.