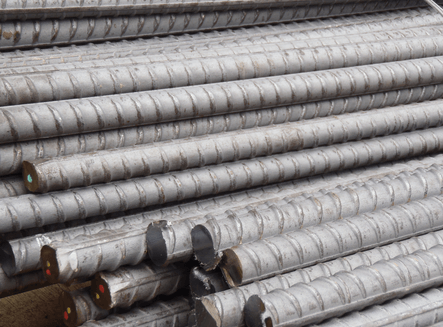 The Ministry of Trade and Industry, in collaboration with B5Plus Limited, a foreign steel manufacturing and distribution company, has cut sod for the construction of a steel company in the Ningo Prampram District.

The project is part of the Government’s efforts to establish one factory per district to reduce the unemployment rate in the country.

The project is fully funded by B5Plus Limited as a way of contributing to the development of the country through partnership.

Mr Carlos Ahenkorah, the Deputy Minister of Trade and Industry, said during the sod-cutting that about 200,000 to 300,000 metric tonnes of steel were imported into the country every year, and when established, the factory would save the country huge sums on input cost.

He said government’s expectation for the project included the creation of jobs for about 3,000 youths, enhancing production of natural resources, and progression of exports.

On behalf of the Ministry, Mr Ahenkorah appealed to the district assemblies and traditional councils to embrace factories proposed by private and foreign entities to boost the ‘One District, One Factory’ project.

Mr Mike Thakwani, the Chief Executive Officer of B5PLUS Limited, said Ghana was one of its greatest partners.

He said the Company currently worked with more than 3,000 Ghanaians, and would add 3,000 more upon completion of the facility.

Mr Thakwani disclosed that about 80 million dollars was allocated to establish the steel factory and about 15,000 metric tonnes of steel were   expected to be produced every month.

He noted that B5PLUS currently distributes to about 1000 companies across Ghana and provide them with essential credits as their business partners to help them grow.

He mentioned the establishment of the Delhi Public School International in Ghana as part of the Company’s Corporate Social Responsibility to offer Ghanaians and non-Ghanaians good but affordable education.

Mr Brender Singh Yadav, the High Commissioner of India to Ghana, said the project was expected to enhance livelihoods and create jobs for the youth.

“I am very happy that an Indian Company has availed itself to partner Ghana and contribute to the development of the youth,” he said.

“India is currently the third biggest steel manufacturer in the world and it was prudent to share the achievement with other countries, of which Ghana was no exception”.

Mr Jonathan Teye Doku, the District Chief Executive of Ningo Prampram, said members of the District were happy that B5PLUS and the Government chose to establish one of the biggest factories in the District under the One District, One Factory programme.

He appealed for priorities to be given to residents of the area during recruitment of staff after completion and pledged the District Assembly’s support for a successful project.