AfDB, FAO to raise $100m for agriculture investment in Africa 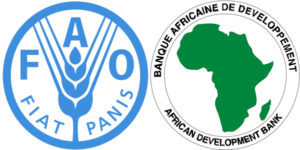 Considering the availability of arable land and the involvement of a large percentage of the population engaged in agriculture in Africa, the continent is a potential food basket for the world, but that doesn’t seem to be the case presently.

Africa has a population of about 1.2 billion, and about 65 per cent of the continent’s arable lands remain to be cultivated, and some 100 million people are at the risk of hunger or even farmine.

Meanwhile, African countries altogether spend some $35 billion every year importing food, and that figure is expected to rise to $100 billion by 2025.

On average, agriculture contributes 15 per cent of the total GDP of Africa, however it ranges from below three per cent in Botswana and South Africa to more than 50 per cent in Chad, implying a diverse range of economic structures, according to the OECD-FAO Agricultural Outlook 2016-2025,

Late last month, the African Development Bank (AfDB) and the Food and Agriculture Organisation (FAO) formed a strategic alliance and agreed to raise $100 million in five years to stimulate investments in agriculture in Africa. The objectives are to fight hunger and malnutrition as well as support economic development on the continent.

The agreement was signed in Italy on August 28, 2018. Akinwumi Adesina, President of the AfDB and José Graziano da Silva, FAO Director-General signed on behalf of the organisations.

With an initial investment of $5 million from the two institutions, the initiative will build on the AfDB’s ‘Feed Africa’ strategy, which was launched in 2015 to mobilize $24 million in African countries within 10 years through improving markets, agricultural policies, institutions and infrastructure, developing agricultural value chains and providing improved technologies to farmers.

The FAOs’ contributions will target technical assistance in areas such as sustainable agricultural intensification and diversification, scaling up value chain innovations, youth in agriculture and agribusiness, agriculture statistics, and climate smart agriculture.