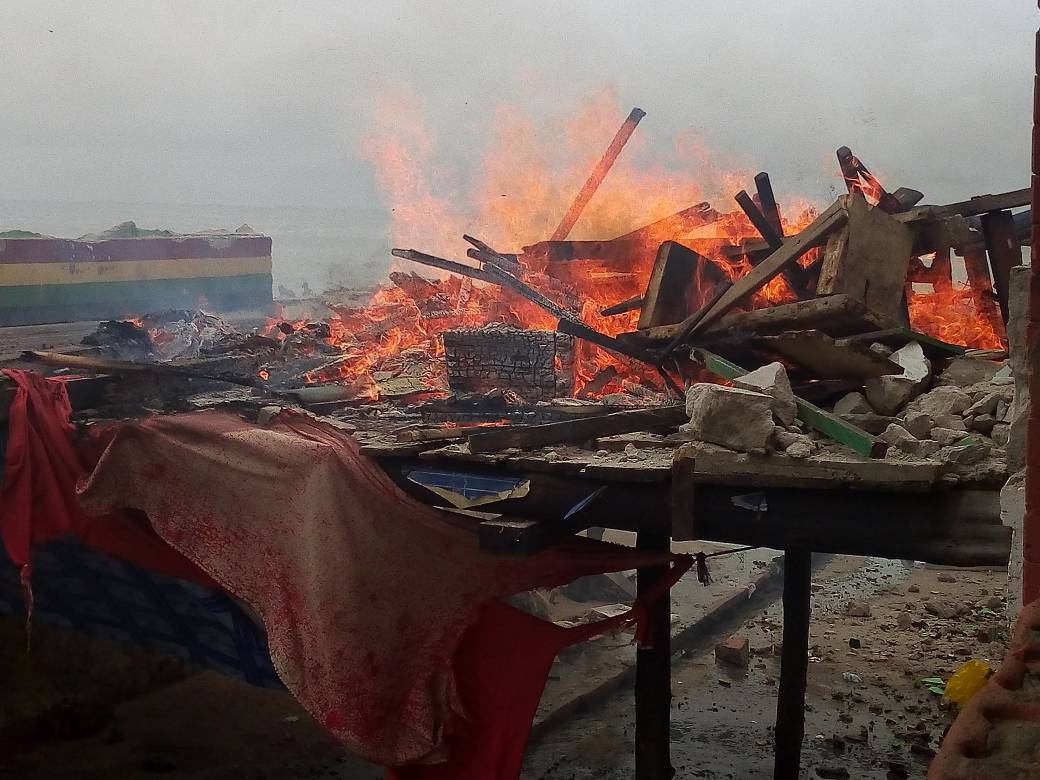 A combined team of armed police personnel from the Central Regional Police Headquarters and Cape Coast Metropolitan Assembly Task-force on Friday demolished some hideouts of criminals at Anaafo, a suburb of CapeCoast.

In an interview with the Ghana News Agency, Assistant Superintendent of Police (ASP) Ken Kuntogli, the Metropolitan Crime Officer, who led the security, said the exercise was a signal to all criminals that the Police would not countenance any illegal activities.

There was no arrests made, however, many took to their heels upon seeing the police team arrive at the scene.

ASP Kuntogli said the structures served as a den for criminals in the Metropolis and played host to others who had migrated from Swedru, Mankessim, Ashiaman, and Sekondi-Takoradi among other areas.

He said the move showed the determination of the Police to flush out all criminals from the Metropolis and assured visitors and tourists of their   security.

He assured the public that they were determined to flush-out criminals who went about terrorising people and robbing them of their belongings.

ASP Kuntogli said petty robbery to armed robbery was destabilizing the peace of the Metropolis and the Police would ensure that sanity prevailed for to all residents to go about their duties without fear adding that no criminal hideouts would be spared.

Some concerned residents also joined the Security Task Force to demolish the structures, which they stated had dented the image of law-abiding inhabitants residing in the area.

“We are tired and sick of this area being tagged as the hideout for all criminal activities in the Metropolis. We know there are lots of such ghettos here where people engage in all sorts of immoral activities and drug peddling among other crimes but not all of us are bad and support that.”

“As patriotic residents and elders of this community, we commend the police for the exercise and pray that they pay attention to our community,” said Mr Kofi Essilfie, an elder in the Community as he joined the Police in the demolition exercise.