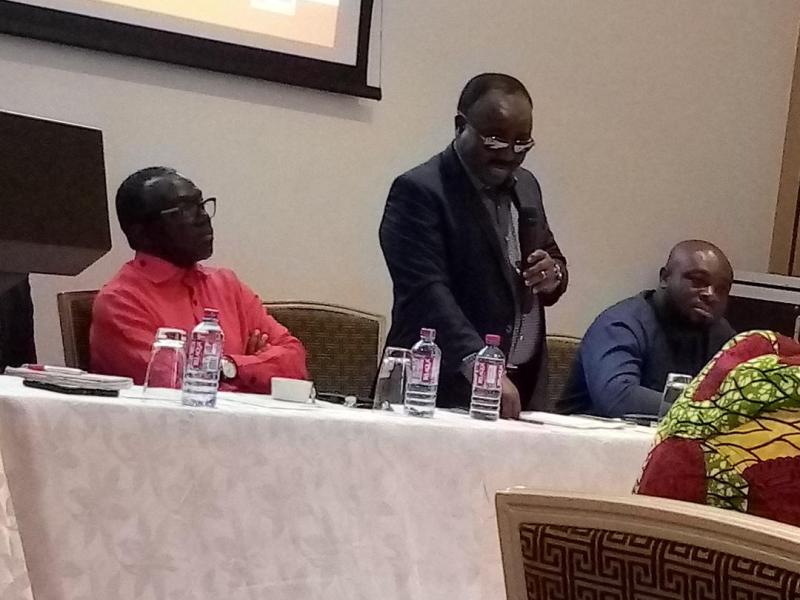 The Public Procurement Authority (PPA) Thursday said it has saved the nation nearly 1.6 billion Ghana cedis, over the past one-and-half-years, through effective value for money analyses of applications it received for Sole Source and Restricted Tendering.
The PPA has also sent audit reports against the National Lotteries Authority, National Communications Authority, the Electricity Company of Ghana, the Electoral Commission, Ghana Airport Authority and the Ghana Water Company over infractions of the Procurement Law (Act 663) to the Attorney-General’s Office and the Economic and Organised Crime for further investigations and possible prosecution.
Briefing the journalists, in Accra, on initiatives by the NPA to safeguard the public purse, the Chief Executive Officer, Mr A. B. Adjei, said 800 million Ghana cedis was saved in 2017, while GHC795 million cedis was saved in the first half of the year.
These were made by getting the procurement entities which submitted the contracts to review their values after the PPA’s Due Diligence/Value for Money Unit had analysed industry and manufacturer prices, financial costs and issues related to the supply and the distribution chain.
Mr Adjei said but for the due diligence, the State would have paid these huge sums, which could be invested in social infrastructure, to the contractors, explaining that original values submitted could be the result negligence or deliberate acts to take advantage of the system.
The Unit, which was created under its Research and Planning Directorate, he said, was also determining the reasonableness of justification provided by entities in their application.
When institutions apply for single or sole sourcing they are required to satisfy three main conditions, which prove that the “goods, works or services being procured are only available from a particular supplier or contractor or that a particular supplier or contractor has exclusive rights in respect to goods, services or works and that there is no reasonable alternative of substitute”;
That, “There is an urgent need for the goods, services or works and engaging in tendering tender proceedings or any other method of procurement is impracticable due to the unforeseeable circumstances giving rise to the urgency, which is not the result of dilatory conduct on the part of the procurement entity”;
That, “owing to a catastrophic event, there is an urgent need for the goods, works or technical services, thus making it impracticable to use any other methods of procurement because of the time involved in using those methods.”
Mr Adjei said before last year, procurement entities needed to meet only one of the conditions, while the cost element was not taken into consideration, hence the establishment of the Due Diligence Unit to inject financial discipline and to create confidence in the procurement system.
“… This is absolutely critical given the fact that empirical studies prove that close to 60 per cent of government revenue, besides personal emoluments, is spent through the procurement of goods, works and services, representing between 15 per cent and 25 per cent of Gross Domestic Product,” he stated.
Throwing more light on the interventions to strengthen the hands of the PPA, Mr Adjei said the Procurement Investigations/Audit Unit, was established in line with Section 89 of the Public Procurement Act, to complement the work of the Compliance and Monitoring Directorate to conduct special procurement audits.
“The objective of this initiative is to report on cases of infractions to the provisions of the Law for appropriate sanctions, such as suspension of suppliers for a period to be determined by the Board as well as identify implementation lapses for remedial action,” he said.
In addition to the six organisations, which have been reported over infractions of the Law, he said, 10 others were being audited by the Unit.
They are: the Ministries of Education and Energy. Ghana National Petroleum Commission, the University of Education, Winneba, Accra Metropolitan Assembly, the Komfo Anokye Teaching Hospital and the Kwame Nkrumah University of Science and Technology.
The rest are the Northern Electricity Development Company, Tema Oil refinery and the Controller and Accountant-General’s Department.
Mr Adjei said when the e-Government procurement programme, which is being piloted, comes to full stream in the last quarter of the year, it would provide transparency, fairness and accountability in the public procurement processes as would reduce human interference in the processes to the barest minimum.
On the PPA’s Supplier Registration Portal, he urged all contractors, suppliers and consultants to register, cautioning that those who refused to do so would be ineligible for any government tender.
“The objective of this is to ensure that providers possess valid documentations as per supplier qualification requirement of Section 22 of Act 663.
“It also forms part of Government’s pledge to enhance the business environment and improve ease of doing business since businesses do not have to do multiple registration across entities.”
The PPA is also training for anti-corruption agencies to complement its efforts at early detection and elimination of common procurement fraud, including bid rigging and bid rotation as well complementary bids.
Source: GNA